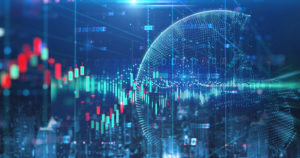 A framework to guide investors on achieving Net Zero portfolios, backed by 70 global investors with $16trn under management, could trigger a move away from conventional benchmarks and help investors have a ‘real world’ impact on climate change, according to those involved in its development.

Stephanie Pfeifer, IIGCC’s CEO, says the framework will help investors have a comprehensive, real-world impact on climate change, and overcome limitations of other approaches such as portfolio emissions reduction targets, which just ‘sell the problem to someone else’.

Craig Mackenzie, Head of Strategic Asset Allocation at Aberdeen Standard Investments, who sat on a steering group that helped develop the framework, said it was unique in taking a long-term, top-down, systematic approach to portfolio restructuring, rather than one focused on bottom-up, stock selection. Mackenzie was last year involved in a PRI paper looking at how ESG can be embedded into Strategic Asset Allocation – an idea that feeds into the new framework launched today.

“It is a bit of a sea change in the way big institutional investors think about ESG,” he said. “We’ve seen some of the Dutch pension funds inching in that direction, but this framework is likely to be bought into by a number of very large investors. I don't think it's just going to be climate change – we are going to find ways to add other SDG-type objectives to this kind of model.”

He continued that if the framework is adopted by dozens of very large investors, it could start to increase the cost of capital for carbon-intensive industries and decrease it for  climate-solution industries.

“It sends a very, very powerful economic signal to support a shift in the transition.”

Pension funds APG, Brunel, the Church of England Pensions Board, PKA and Phoenix Group will be putting the framework to the test, by modelling its impact across performance of their real-word portfolios collectively valued at $1.3 trn. The results of this analysis will be launched with the final framework, expected before the end of 2020.

Four different asset classes – sovereign bonds, listed equities and corporate fixed income and real estate – are covered by the framework, with others to follow.

The consultation says the extent to which portfolios can shift to Net Zero is “somewhat limited by conventional asset class benchmarks which each contain a static mix of high carbon and climate solutions”.

“The conversation I have with some big clients indicate that they know if they're going to sign up to Net Zero, they're going to need to change the benchmarks. That doesn't mean you completely leave market-cap weighted benchmarks, but you are tilting market-cap weighted benchmarks. There are a number of early adopters who've already done this. I think this is going to become very, very widespread.”

The Net Zero Investment Framework incorporates definitions used in the EU taxonomy, which was formally adopted by the European Parliament in June. More than 25 existing methodologies and tools were also analysed and reviewed in its formulation, with some included in the framework.