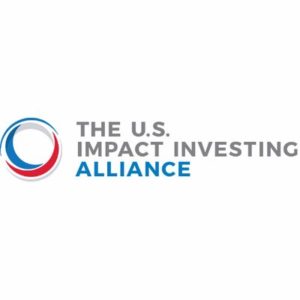 In his first year in office, President Barack Obama created the Office of Social Innovation and Civic Participation.

Closely aligned with the impact investing sector, it supported pay for success projects, outcomes-focused initiatives and significantly, it helped drive the US Treasury Department and Internal Revenue Service to clarify rules making it easier for private foundations to do impact investing.

As of today, there is no evidence of the Office of Social Innovation and Civic Participation on the White House website. David Wilkinson, its most recent director, is now serving as Commissioner of the State of Connecticut’s Office of Early Childhood.

On the surface this does not bode well for the aims of the new U.S. Impact Investing Alliance, a body chaired by Darren Walker, President of the Ford Foundation, with the aim of mobilising the supply of impact capital and engaging with federal policy makers.

But speaking to RI, Fran Seegull, Executive Director of the Alliance, says there are a number of ways it can pursue its agenda.

The White House’s Deputy national security adviser is the former global head of impact investing at Goldman Sachs, Dina Habib Powell – once described by the Associated Press as a Trump rising star. Seegull says it will be interesting to see how her purview may include some of the issues she worked on at Goldman.

Egyptian-American Powell was originally hired by the White House to work on economic development reportedly
at the behest of Ivanka Trump and her husband Jared Kushner. Seegull says Ivanka Trump is especially interested in women’s entrepreneurship and is working on a global fund with the World Bank hoping to raise $1bn.

Seegull also says there is an existing enabling policy environment in Washington for impact investing that it can build on, including community development finance and credit union programmes.

President Trump’s expected $1trn infrastructure package is one place where impact investing can really partner with the Administration, says Seegull. “There are ways to be thoughtful about the way jobs are created through these infrastructure programmes.”

She adds: “There has also been waning dynamism around US entrepreneurship, perhaps not in Silicon Valley, but across the country. So impact investment can help with understanding about increasing equitable access to capital.”

Seegull also points out that there is special interest in the Administration and Congress for evidence-based and outcomes-based funding such as social impact bonds or pay for success projects. “We are looking to see if some of this evidence-based contracting with impact metrics can be used throughout government.”There has been bi-partisan support for outcomes-based funding, most significantly a cross-party bill to establish a federal fund for social impact bonds. Politicians especially like the fact that social impact bonds can lead to taxpayer savings, and their focus on accountability and measurement.

Alongside engaging with federal policymakers, the U.S. Impact Investing Alliance will aim to mobilise the supply of impact capital from foundations and pension funds.

The Alliance will convene the already existing Presidents’ Council on Impact Investing, comprising presidents from 20 private foundations, who meet twice a year. No such body exists for pension funds, but Seegull says it is considering convening a pension fund council with CIOs.

The U.S. Impact Alliance is the US representative to the Global Steering Group (GSG) on Impact Investing, chaired by Sir Ronald Cohen. Last month, the GSG had a meeting with country representatives in Chicago.

In his opening speech, Sir Ronald spoke of bringing impact investment to a tipping point by 2020. “We are all here because we are acutely aware that billions of people around the world lead lives of hunger, sickness, hardship and despair,” he said. “Lives that are nasty, brutish and short, in our developing and developed countries alike. We realize this is unfair and untenable, that our societies will not thrive if we do not change path, that a curtain of fire will come to separate rich and poor across cities and countries, if we do nothing.”

Seegull, who attended the event, said it was moving and interesting to hear how impact investing ecosystems were being built around the world.

The GSG has doubled since its launch with 15 country members plus the EU. Each country has a national advisory board (NAB) that steers activity.

“Sir Ronald shared in his opening and closing remarks that we are at a tipping point and what we need to tip the scale to address the environmental and social challenges of our time is the big institutional troughs of capital like pension funds, foundations, insurance companies but also retail investors. Their needs to be innovation across the ecosystem,” said Seegull.

Amit Bhatia, CEO of GSG, said at the event it will focus on three milestones for ‘Tipping Point 2020’: