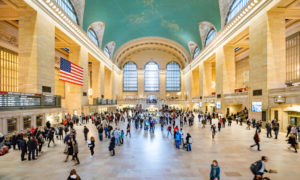 New York State Common Retirement Fund has put 27 thermal coal mining firms on notice that they face divestment if they are not taking steps to transition to a more sustainable business model.

The review of coal holdings – believed to be worth around $38m – is part of the $211bn public pension pot’s recent Climate Action Plan, which was published in June in response to the recommendations of its high-level decarbonisation panel.

Increased pressure has been put on New York State Comptroller Thomas P. DiNapoli to divest the state’s fossil fuel holdings since the City’s Comptroller, Scott Stringer announced that his office would undertake a divestment feasibility study in 2018. Three of the City’s five pension funds are currently involved.

News of the State’s coal review has been critically welcomed by 350.org, who said: “DiNapoli is late to the game, with the writing on the wall for coal companies visible for years. He could have fulfilled his fiduciary duty by divesting from coal years ago”.

Siwo will be responsible for overseeing the giant fund’s climate plan and fulfilling its $12bn Climate Solutions Program commitment.

Coal firms to be assessed by New York State in its review are those that earn at least 10% of their revenues from mining thermal coal. They include: Anglo American, Peabody Energy Corporation, Yanzhou Coal Mining Company Limited and Coal India Ltd.

“We are assessing minimum standards for transition readiness at coal mining companies first, because they face the greatest risk as the world turns to cleaner and renewable energies,” said DiNapoli “If a particular company is not ready to move away from its reliance on thermal coal mining for profits, we may divest our holdings in that company.”

The companies have been given until mid-February to respond to a letter sent by DiNapoli asking how they fare against New York State’s minimum standards.

Each will be assessed on its efforts to align their business model with the Paris climate Agreement by: reducing capital expenditures on coal; setting long-term targets to reduce greenhouse gas emissions; improving climate reporting; and increasing revenue from low-carbon or green technologies.

Those that fail the assessment and “cannot demonstrate transition readiness” may be divested subject to “fiduciary review to ensure their removal will not negatively impact the Fund”.

It is expected that the process will take several months to complete.