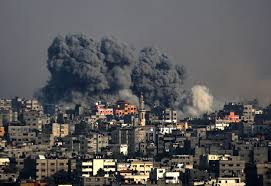 The NZ$26.14bn (€16.6bn) New Zealand Superannuation Fund has become the latest major institutional investor to become embroiled in a political row over investments in Israel.

Earlier this year PGGM, the Dutch pension giant, got caught up in a diplomatic spat over its divestment of five Israeli banks over their links to financing West bank settlements.

Now, NZ Super has come under pressure from opposition Labour and Green Party figures amid the current crisis in Gaza.

Over the weekend, the NZ Green Party demanded that the government call on the fund to divest its entire NZ$7m (€4.4m), 38-company Israel equities portfolio. Global affairs spokesman Kennedy Graham said: “New Zealand divesting from Israeli companies is a simple action that, along with other countries taking such an action too, can put real economic pressure on Israel to end the atrocities in Gaza.”

Shearer, a former senior UN aid worker, told New Zealand TV: “We should be divesting ourselves of any type of investment like we’ve seen in the paper this morning, where we are investing through our Superfund into Israeli chemical factories. That should absolutely be off the table.”

The pressure has led the fund to issue a statement outlining its divestment stance. It said that any breach of the UN Convention on Conventional Weapons (or other conventions) would be a matter of concern, “and would be investigated by us in relation to our portfolio holdings e.g. Israel Chemicals.”Incidentally, Israel Chemical’s third largest shareholder, with a 13.85% stake, is a wholly owned subsidiary of Potash Corporation of Saskatchewan – which has itself been excluded separately by a number of global institutional investors over its involvement in the disputed Western Sahara territory.

NZ Super says it has undertaken “substantial research” on the Israel-Palestine conflict over the years and that it continues to monitor international developments, and its portfolio, in relation to it. The fund points out that it expects companies in which it invests to obey the law – but noted that neither the UN nor the NZ government have called for sanctions nor an arms embargo. “If this changes, and companies in which the Fund is invested defied such an embargo, then we would review the appropriateness of the Fund’s investment in them.”

The fund explains that its exclusion decisions are guided primarily by United Nations and New Zealand Government legislation and policy positions. It has excluded Israeli companies in the past: Africa Israel Investments and subsidiary Danya Cebus; Elbit Systems; and Shikun & Binui.

“In making any exclusion decisions, we draw a distinction between a company being directly and materially involved in an activity, versus being a supplier of materials or services in the normal course of business.”

Meanwhile, amid a new ceasfire which at time of writing appeared to be holding, the UK’s Baroness Warsi, the country’s first female Muslim cabinet minister, has resigned from the ruling Conservative government. A former chair of the party, and current Foreign Office minister, said the government’s policy on the crisis was “morally indefensible”.