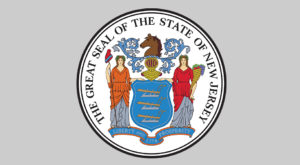 The US State of New Jersey is tendering for a provider of environmental, social and governance ratings, research and “related services” for its $79bn of pension assets, as it seeks to implement the ESG policy it adopted last year.

In a request for proposals this month, the State of New Jersey’s Department of the Treasury states that it is looking to award “up to three contracts” to assist the Division of Investments (DOI) implement its new ESG policy.

That seven-page policy, which was introduced by the State’s Investment Council (SIC) along with a new dedicated ESG Committee in September, recognised that “ESG considerations may have important implications in investment decision-making”.

In the new RFP, the Garden State is seeking the provision of ESG research and ratings on fixed income and equities across international and domestic markets, including “public, private, corporate, non-corporate and sovereign securities”.

The successful tenderer(s) will also be expected to provide “related services” to assist the “implementation and application” of the division’s ESG policy, as it “relates to its internally managed assets and, where possible, its Advisors, Investment Partners and their underlying portfolios”.

These services include the provision of tools to “screen, monitor and analyze portfolios and benchmarks for all material ESG factors” and to support the State in the “administration of its shareholder engagement best practices”.New Jersey’s ESG Policy says that the division should incorporate ESG considerations into its proxy voting process for “both actively and passively managed publicly traded investments”.

In May, an amendment to the State’s ESG policy was put to the investment council, calling for clarification that ESG factors include “fair wages and benefits”. It called on the DOI to include whether fund managers have adopted a “responsible contractor policy” in its analysis of “alternative investments in real estate, real assets or infrastructure”.

This followed a call from New Jersey State Governor, Philip Murphy, who has been pushing ESG in the State since his election in 2018, that the policy should more specifically address responsible contractor policies.

In 2018, New Jersey also formally announced it had sold all its holdings in manufacturers of automatic and semi-automatic weapons for civilian use and planned to explore further actions – including direct engagement – through its newly formed ESG Committee.

The deadline for the RFP is September 13.