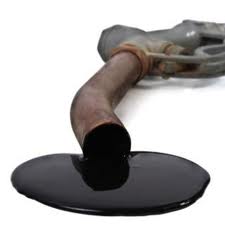 The giant NOK5trn (€608bn) Norwegian Government Pension Fund, whose fossil fuel investments are set to come under parliamentary scrutiny, has disclosed that its environmental investments have grown to more than NOK30bn, reflecting a 41% rise in 2013.

It comes as parties in the ruling coalition yesterday (February 27) agreed to set up an independent working group to examine whether the fund should stop investing in oil, gas and coal companies. It will take its time and report next year, the governing parties said. The proposal is being seen as a way to scupper the opposition Labour party’s call for the fund to exit all coal investments quickly.

The fund has around $43bn invested in oil and gas stocks and the likes of Royal Dutch Shell, BG and BP are among its top 10 equity holdings.

The massive fund has awarded mandates for environmental investments to both internal and external managers since 2009, with a focus on renewable energy, water and waste management.

These investments totalled NOK31.4bn and were spread across 166 companies at the end of last year.They are seen as an integral part of the fund’s investment strategy and are subject to the same return requirements as its other investments. They returned 41% in 2013, having averaged just 2.7% over 2010-2013.

“Environmental investments performed poorly after their start-up in 2009, but improved in 2013,” the fund notes dryly in its new annual report. To put this in context, the overall fund returned 15.9% over the year, driven by strong equity market returns. The largest environmental investments are in Pentair, Johnson Controls, Danaher Corp., Enel Green Power and Clean Harbors.

Also revealed in the fund’s annual report is that the fund’s representatives had more than 2,300 meetings with companies’ management and voted at more than 9,500 shareholder meetings during the year.

It said: “We considered and voted on 239 shareholder proposals on environmental and social issues during the year in line with our principles for long-term active ownership.

“Voting is the most important formal opportunity for investors to express their views, hold boards accountable and influence companies.” Link