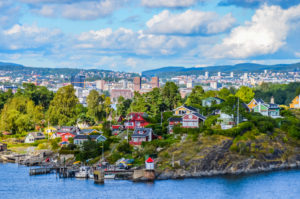 Norway’s central bank Norges Bank has set a target allocation of around one percent of the enormous wealth of its ‘Oil Fund’ (Government Pension Fund Global, or GPFG) for its environment-related mandates in the next three years – which currently equates to around NOK100bn or $11bn.

To facilitate this, the “upper limits” of the mandates will be increased from NOK60bn to NOK 120bn, according to Norges’ deputy governor Egil Matsen.

The environmental mandates, which first launched in 2011, will also be expanded in 2020 to include unlisted renewable energy infrastructure – primarily, wind and solar power production.

In February, NBIM terminated its external environmental mandates and moved the c.NOK20bn (€2bn) assets in-house. It came as the fund said its environmental equity investments returned -8.3% in 2018.

In 2017, former UN climate chief Christiana Figueres challenged investors to commit to putting 1% of their assets under management into clean and renewable energy by 2020.

Last month, Yngve Slyngstad stepped down as CEO of NBIM after 12 years in the role – though he will stay to focus on renewable energy investments.Matsen said that the Ministry of Finance is in the process of “adjusting” the guidelines for the mandates. Investments are to be focused on climate-friendly energy, improving energy efficiency, carbon capture and storage, water technology and the management of waste and pollution.

In his speech, Matsen described the recommendations of the Task Force on Climate-related Financial Disclosures (TCFD) as in the “process of becoming normative” and said that banks should be prepared for their own investors to demand improved disclosure.

He described carbon taxes as the “most effective way to reduce greenhouse gas emissions” though it was often “met with opposition”.

Matsen also said that climate based pricing adjustments should only be done by Norwegian banks where there are “financial reasons for doing so”. “A green investment does not necessarily involve lower financial risk,” he said.

In April, Norway’s Ministry of Finance also appointed a committee to review the ethical guidelines used to inform whether to exclude a security from GPFG’S investment universe.

The committee, which is expected to deliver its report in June, is assessing in part whether the guidelines are “suited for investments in countries whose legislation and regulatory frameworks are in conflict with recognised international conventions and ethical standards and in countries with limited access to information”.