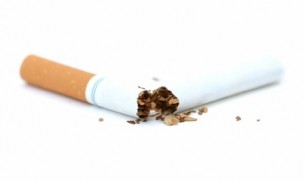 The Council on Ethics which advises the Norwegian sovereign fund has revoked the tobacco-based exclusion of Grupo Carso, the Mexico-listed holding company of billionaire Carlos Slim.

Grupo Carso was excluded from Norway’s Government Pension Fund Global (GPFG) in 2011 on the grounds of tobacco production. By 2013, however, Grupo Carso announced it was selling its tobacco business.

Just months earlier, in November 2012, Slim — who ranks fifth in Forbes’ billionaires list with a net worth put at $64bn — became the majority shareholder in one of La Liga’s historic football clubs, Real Oviedo in northwest Spain.

Responsible Investor published an article in April this year analysing why Grupo Carso remained excluded despite having formally announced it was no longer involved in tobacco production.

RI found out that Storebrand, the Norwegian listed asset manager with $81bn in AUM, lifted the exclusion in 2015, although today it doesn’t hold the stock.

KLP, the $78bn pension scheme for Norwegian municipal employees which aligns its exclusion guidelines with that of GPFG, told RI that it could potentially remove Grupo Carso from the exclusion list in light of this new information.

From March 22 this year, RI had asked the Council of Ethics and Norges Bank Investment Management about the reasons for the exclusion but both declined to comment.

Grupo Carso’s investor relations department told RI that the exclusion could be due to a technicality.

In the corporate structure of the company there is a subsidiary with no activity (CIGATAM, S, DE R.I. DE CV), which was linked to the now exited tobacco business.Grupo Carso said this subsidiary is a “cascarón” (shell corporation) that wasn’t formally liquidated due to tax reasons.

Other sources in Mexico, such as Alberto Rodriguez Govela, Co-head of Equities at financial and brokerage house Grupo Bursatil Mexicano, told RI that neither Carso nor its subsidiaries were in the tobacco production business and that the assets of such a shell company were sold when Carso divested from tobacco.

Today, the Council on Ethics has revoked the decision — stating that in January 2018 it had received indications that Grupo Carso was no longer involved in the production of tobacco.

“The Council on Ethics has written to the company on numerous occasions since June 2018. In a letter to the Council dated 9 April 2019, Grupo Carso disclosed that it had not itself or through any entities under its control, been involved in the production of tobacco since 31 March 2017.”

The Council on Ethics has also removed from the exclusion list Nutrien, the Canadian fertiliser company that resulted from the merger of merger of Agrium and PotashCorp.

The Council said there are no grounds for its exclusion as Nutrien “has now discontinued its imports of phosphates from Western Sahara”.

However, Nutrien still owns a 22% stake in Chinese fertiliser supplier and distributor Sinofert Holdings, which according to campaign group Western Sahara Resource Watch is the largest importer of phosphate rock from Western Sahara.