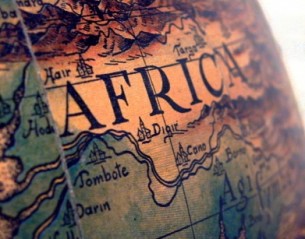 Norwegian life insurer KLP has teamed up with Norfund, a government fund active in developing countries, to each invest NOK500m (€68.3m) over the next five years in renewable projects based primarily in sub-Saharan Africa.

KLP and Norfund said the renewable projects would include solar, wind and water. Jeanette Bergan, KLP’s Head of Responsible Investments, said the partners would also look at financial institutions in Africa as well as similar projects in other developing countries where Norfund has been active.

Founded in 1997, Norfund is controlled by Norway’s foreign office and receives its capital from the state budget. The fund’s mission is to invest in renewables and microfinance in Africa, Southeast Asia and Central America. Accordingly, it has offices in Kenya, South Africa, Thailand and Costa Rica.

According to Bergan, the partners expect returns of between 10% and 15% on the entire NOK1bn portfolio.
Since its inception, Norfund has earned 10% yearly. Its portfolio is worth NOK7.6bn, 3.6bn of which is invested in renewables.United Nations Principles for Responsible Investment signatory KLP is first Norwegian institution to invest in African renewables on this scale. Said Sverre Thornes, KLP’s CEO: “KLP has had a long history of responsible investment. These investments will deliver good returns while contributing to the sustainable development in the countries they are made.”

“These investments will deliver good returns and contribute to sustainable development”

Norfund noted that the development of these countries depended greatly on power supply and financial systems that worked. It said their absence was the chief reason why small- and midsize business cannot generate wealth and create jobs.

Added Kjell Roland, CEO of Norfund: “We hope this agreement with KLP encourages other Norwegian investors to join us into markets that desperately need capital and sustainable investments to create economic growth.” Link (Norwegian)