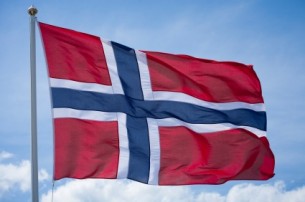 The Norwegian Finance Ministry has fended off criticism from the state spending watchdog about controversial performance fees paid by the country’s central bank to external fund managers that run assets for the NOK3trn (€365bn) Government Pension Fund.
The Office of the Auditor General recently issued a report to the Storting, the parliament, that was highly critical of Norges Bank Investment Management (NBIM), the arm of the central bank which runs the fund.
It revealed that one manager received fees of around NOK500m (€61m) for running a mandate valued at NOK3.3bn (€402m) at the end of 2009.
“It is considered reprehensible that Norges Bank entered into a contract with an external manager without determining an upper limit for performance-based remuneration,” the auditor said. Before the contract – originally signed in 2008 – was renegotiated, the fee would have been even larger, at NOK900m. “This is so large, both in terms of the amount and percentage, that the signed agreement must be deemed to warrant criticism,” the auditor said. The comments come in a detailed 274-page probe of all government spending.Hilde Singsaas, State Secretary at the Finance Ministry, issued a statement saying that when external managers earned high fees it meant the fund had earned far more. NBIM charged the Govt Pension Fund NOK3.2bn in management costs in 2009 – of which NOK1.8bn went to external managers. Of that figure, NOK1.4bn was in performance-based fees.
The Finance Ministry told the auditor that responsibility for external managers lies with the central bank. But the auditor report questioned whether the Ministry had fulfilled its oversight of the bank.
The auditor also expressed concerns that the fund had continued to hold bonds of companies – Rio Tinto, Barrick Gold and Textron – that had been excluded from its investment universe for ethical reasons.
Singsaas said the Ministry of Finance would consider calls to cap managers’ fees: “The basis for such an assessment must be what best protects both the fund’s financial interests and its reputation.”
(Updated to remove reference to Pheim Asset Management)