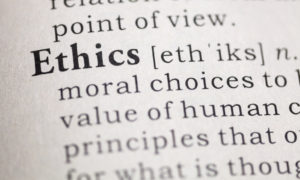 The Norwegian sovereign wealth fund’s investment in German defence firm Rheinmetall is “in clear breach” of the fund’s own guidelines, a group of European institutional investors and NGOs have alleged in a letter calling for it to divest.

In a rare demonstration of collaborative investor pressure on a fellow investor, the letter says Rheinmetall’s arms exports to Saudi Arabia for the war in Yemen violate Council on Ethics for the Government Pension Fund Global’s ethical guidelines and open the Norwegian oil fund up to financial risk from potential legal action.

Norges Bank Investment Management (NBIM), which runs €930bn of Norway’s surplus petroleum revenues on behalf of the world’s biggest sovereign wealth fund the Government Pension Fund Global (GPFG), is a major investor in Rheinmetall, owning 2.57% of its shares for a total of approximately €116m.

The UK’s Friends Provident Foundation and Switzerland’s Ethos Foundation are among those making the call for divestment, as part of the Shareholders for Change network.

Tommy Piemonte, Head of Sustainability Research at German church bank and SfC founding member Bank für Kirche und Caritas (BKC) said: “We hope to be able to convince the Norwegian pension fund as a major shareholder to exert pressure on Rheinmetall's corporate governance in order to avoid, in its own interest, reputational, legal and financial risks."

SfC describes itself as “a group of institutional investors involved in active engagement with corporations with the aim of motivating companies and countries to increasingly assert sustainability aspects in their area of responsibility” – but this time it has turned on a fellow investor.

The letter was co-signed by a number of German and Italian investors with a total of €38bn in AUM, including GLS Bank, Pax Bank and Steyler Bank, as well as NGOs such as Urgewald and Greenpeace.

Simone Siliani, Director of Italian SfC member Fondazione Finanza Etica, said the Norwegian fund “invests according to precise ethical guidelines since 2004 and divests from companies that are not compliant with them”. “We believe that the investment in Rheinmetall is in clear breach of the fund's guidelines.”

According to those guidelines, "the Fund shall not be invested in companies which (…) produce weapons that violate fundamental humanitarian principles through their normal use".

The letter, which coincided with Rheinmetall’s AGM, said NBIM’s growing investment in Rheinmetall is “not only a risk for the reputation of your fund, which is rightly perceived as a frontrunner among sovereign wealth funds in terms of socially responsible investing, but also a potential threat to its overall financial performance, since Rheinmetall is regularly exposed to legal complaints filed with national authorities”.

Last year, a group of human rights organisations filed a criminal complaint with the International Criminal Court in The Hague against arms companies that have knowingly supported human rights violations in Yemen.

The letter asked NBIM to support SfC’s ongoing engagement with Rheinmetall over its arms export practices.

It says its engagement activities are conducted mainly with European companies, “both through the exercise of voting rights and through dialogues with companies”, focusing on labor and human rights, “aggressive tax avoidance and tax justice”, CO2 emissions and climate change.

NBIM told RI: “We have clear expectations towards the companies we are invested in with respect to human rights.”