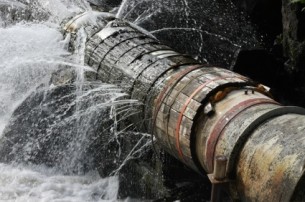 The NOK2.5trn (€316bn) Norwegian Global Pension Fund (NGPF) has backed up its focus on water issues as a key investment campaign for 2010 by hiring Water Asset Management, a New York-based public and private equity specialist, to run a specialist mandate for an undisclosed sum. The fund announced that water management would be a focus area for this year alongside children’s rights and investor governance. Every year it lists several environmental, social and governance (ESG) subjects where it wants to target research resources. In support of the water theme, Norges Bank Investment Management, the arm of the Norwegian central bank that runs the fund, is the lead sponsor of the Water Disclosure Project, sister to the Carbon Disclosure Project. Water Asset Management has just taken control of Los Angeles-based Southwest Water Co. with J.P. Morgan Asset Management and other investors in a deal valuing the company at $427m. Water Asset Management says reducing water scarcity and the improvement of deteriorating water infrastructure is an opportunity for specialist investors. The NGPF engaged on water management issues with 14 companies in the motor, construction, mining, oil and gas, retail and media industries during 2009, according to its latest annualreport. In August last year it initiated a dialogue on its website to increase its focus on water management. The fund, one of the world’s largest, added that it had engaged on children’s rights issues with 77 companies in the cocoa, seed, textile, mining and steel industries. There was also dialogue on climate change with 24 firms in the energy and cement sectors. Other new names on the fund’s asset management roster point to an increasing push into emerging markets. They include Thailand’s Ayudhya Fund Management, Poland’s BPH–TFI (part of General Electric Co.), Malaysia’s Quantum Advisors, Victoire Brasil Investimentos of São Paulo and Cephei Capital Management of Singapore. Meanwhile, the fund has also said that its engagement with Volkswagen over its takeover of Porsche is still “unresolved”. The fund sent an open letter to VW’s board last October criticising it for not providing enough information about its transactions with Porsche. “It is important to NBIM, both financially and as a matter of principle, to prevent controlling shareholders from enriching themselves at the cost of other shareholders,” the scheme said. It added: “NBIM believes this unresolved situation is important for the development of principles of good corporate governance in Europe.”
Link to NGPF annual report