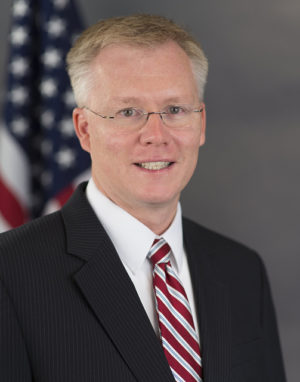 “Yeah, it was not cool. And got some coverage,” said one of the leading class action lawyers in the US about SEC Commissioner Michael Piwowar’s speech at the Heritage Foundation, the conservative think tank, last month in which he suggested companies about to list could insert mandatory arbitration clauses in their bylaws – limiting the scope for class action lawsuits.
“For shareholder lawsuits, companies can come to us to ask for relief to put in mandatory arbitration into their charters. I would encourage companies to come and talk to us about that.”
For example, if such a regulation went into effect, permitting IPOs to insert the clauses, then shareholders would not be able to bring class action lawsuits against them. Such a move would, for example, remove one of the major concerns expressed by Saudi Aramco about listing on the New York Stock Exchange.
While most commentators have taken this ‘encouragement’ to be for IPOs, there is no reason why established companies could not adopt charter and bylaw changes that would introduce mandatory arbitration. Such provisions would be unlikely to pass except in a company with a controlling shareholder, but there are plenty of those.
Piwowar is, of course, not outlining SEC policy, but the reference to IPOs and new SEC chairman Jay Clayton’s avowal to ease public listing for companies is not a coincidence.
Furthermore, Clayton’s former firm was the defence firm for a large number of class action lawsuits and it might be assumed that he would not want to deprive them of such lucrative business opportunities. They may not get a percentage of the settlement, like the plaintiff firm, but they do get paid.
And this is not the only fight over mandatory arbitration currently brewing. Republicans were outraged when the US Consumer Financial Protection Bureau, under the direction of Obama appointee Richard Cordray, adopted rules banning banks and credit card companies from blocking customers from participating in class actions. That rule is now under threat from the Trump administration.
Not just lawyers, but investors have reacted unfavourably. A recent Council of Institutional Investors (CII) Governance Alert noted that: “A CII policy, adopted in 2012, says companies should not attempt to bar shareowners from the courts through the introduction of forced arbitration clauses.”The Alert, and much of the media coverage of the speech, makes reference to the last time a public offering attempted to include an arbitration clause, in 2012, when asset manager Carlyle Group amended its registration statement for the sale of common units to the public.
The amendment “prohibited unit holders from having access to the courts and required each holder to engage in arbitration individually and not as part of a class,” said the Alert. When the SEC made some difficulties, the Carlyle Group removed the amendment.
The CII also pointed to a number of unsuccessful shareholder proposals, for example at Gannett, Google and Pfizer, that would have required shareholders to “arbitrate federal securities claims”, introduced because of the high costs associated with litigation that shareowners must pay for ultimately. Interestingly, Google shareholders, including, of course, the controlling shareholders, voted the proposal down.
Some commentators don’t think Piwowar will get far with this and that he was just mouthing off. There has been no mention of it in Congress, not even in the Financial CHOICE Act, and most note that Clayton has not addressed the issue publicly; though he has expressed a fondness for the “quiet shareholder”.
Some observers believe that Piwowar sees his job as floating extreme ideas to provide some cover for less extreme, but still shareholder unfriendly, actions by Clayton. If Clayton were to pursue this idea, it would not only be inconsistent not only with long standing SEC policy, but also inconsistent with the federal securities laws; though recent Supreme Court decisions have drawn this into question.
On the other hand, another securities lawyer I spoke to said: “Depending on how the arbitration clause is written, it could run foul of state law. Delaware corporate law, for example, prevents fee-shifting in matters concerning the internal affairs of the company, such as a breach of fiduciary duty cases, which is an aspect of many arbitration provisions. Moreover,” he added, “if the SEC allowed mandatory arbitration clauses in their charters that would be a significant change from previous positions.”