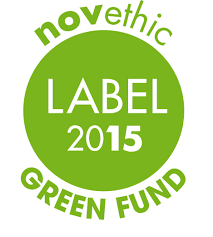 Novethic, the French responsible finance media and research company, has suspended its SRI and green labelling for French investment funds as they have been made superfluous by two new competing labels that the French government launched earlier this year.

On January 10, the French Finance Ministry unveiled its own SRI label that the country’s investment funds could qualify for, while the French Environment Ministry rolled out a label for French funds that wanted to be certified as green (see related article). The idea was in gestation for several years.

The French government’s new labels were in addition to an existing SRI label and a Green Fund label developed by Novethic. In September 2015, Novethic had certified 113 funds in Europe as SRI and another seven as green. More than two-thirds of those funds (71%) were distributed in the French market.

But Novethic says that as it is owned by a public institution – namely French development bank Caisse des Dépots – it is obliged to defer to the government’s new labels. “The Novethic label cannot be a competitor to a public label. That is why we have suspended our SRI label, which will be valid until the end of 2016 but no longer be granted to new funds,” Dominique Blanc, Novethic’s Head of Research, told Responsible Investor.

However, Novethic has been recently selected as the auditor for the Environment Ministry’s new green fund label, meaning that it will scrutinise candidates for the certification.“The label is open to equity funds, but also to green bond funds as well as to private equity and green infrastructure funds,” said Blanc.

According to Blanc, one feature of the green fund label is that to qualify, fund managers will be required to exclude fossil fuels and nuclear power. Nuclear power makes up three-fourths of the country’s electricity production, but the Socialist-led government aims to lower that to half by 2025 while boosting reliance on renewable energy.

The general idea behind the Environment Ministry’s new green fund certification, called ‘EETC,’ is to single out those French funds that help the government meet its energy transition goals.

Novethic will not be the auditor for the Finance Ministry’s SRI label for French funds, but Blanc said the criteria for certification would be similar to what Novethic formerly required. One important issue for Novethic was that fund managers had to show that integrated environmental, social and governance (ESG) issues for 90% of the invested portfolio.

Novethic will also continue as the auditor for investment funds in Germany, Austria and Switzerland that want to be certified as sustainable under the FNG label. Launched late last year, the FNG label requires fund managers to exclude nuclear power and weapons. Another requirement is that investee companies uphold the UN’s Global Compact. So far, 34 funds from the German-speaking lands have been certified.