Responsible Investor
Home Asset classes French SRI funds up by 14% in 2013 as decade of growth...
Return to search
Asset classes 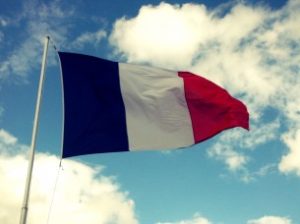 The amount invested in French SRI funds rose to €170bn and grew by 14% in 2013, according to the latest figures from Novethic, the French responsible finance media and research company. In its 10th annual market review, Novethic said the increase in assets represented a slight slowdown in accumulation compared with a 29% rise in 2012. But it pointed out that the value of French SRI funds had been calculated at just €3.9bn back in 2003, a significant rise over the decade that it has been logging the asset figures. It said that SRI funds now represent 5% of the total French funds market.
The €170bn asset figure breaks down to €120bn from institutions and €50bn from the retail sector, mostly via French employee savings and life assurance products. Notably, the figure does not include assets from French fund manager Amundi, the market’s biggest, which Novethic said had declined to provide a breakdown of its SRI fund assets. The 2013 SRI funds growth was mostly due to an increase of €12.4bn in assets from institutions, with much of this due to rises in pooled funds and internally managed assets after a lean year for external SRI mandates, which were up by just 10% in 2013 versus 53% in 2012.Breaking down the €170bn in terms of asset classes, Novethic said there had been a fall in the amount of assets in SRI cash funds from 25% of the total in 2012 to 15% in 2013, which it said was partly a result of a drop in money market fund values. Conversely, the number of SRI bond funds rose to represent more than half the assets covered (54%, up from 47% in 2012). Equity funds came out at 29% while property funds counted for 1.9% of the SRI assets.
Looking more broadly at ESG integration in French investment strategies, Novethic calculated that 15% of invested assets in the country (€440bn in assets) was subject to ESG criteria in the selection of portfolio companies. Looking at the value of assets that have exclusion criteria applied to them, it said the total in France was €1445bn, or half of all French invested assets, up by 13% in the last year. Novethic said that eight of the main players (asset managers and asset owners) in France had published a policy on corporate engagement on their internet site and that in aggregate they had been involved in 340 engagement cases in 2013, mostly on issues such as corruption, supply chain work conditions and executive pay.