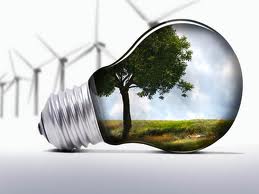 This article is taken from Ireland – Growing Green Assets published with the Green International Financial Services Centre (GIFSC), the first in our new series of RI INSIGHT special reports.

The National Pensions Reserve Fund of Ireland (NPRF) was established in April 2001 with the objective of meeting, as much as possible, the costs of social welfare and public service pensions from 2025 until at least 2055. The government committed to invest the equivalent of 1% of GNP annually and any drawdowns to meet pension costs would not commence before 2025. This foresight on the part of the Government of the day meant that, prior to the financial crisis and accompanying property crash striking in late 2008, Ireland had a substantial nest egg in the form of a globally diversified and largely liquid pool of NPRF assets, which peaked in value at €24.5billion.

In early 2009, the Minister for Finance took the decision to utilize part of those assets to assist in dealing with the financial crisis facing Ireland and the NPRF was directed to invest a total of €7 billion to recapitalize the two main Irish banks. Legislation enabling the NPRF to be used for the purpose of bank recapitalization, known as its “Directed Investments”, represented the first of a series of legislative changes which would radically transform the NPRF. Since then a total of €20.7 billion has been invested in the banks while the remainder of the NPRF, the “Discretionary Portfolio”, continued to be managed in line with the original mandate.

However, stakeholders wish to see the remaining €6bn of assets contributing more directly to the Irish economy.

In September 2011 the Government announced the Strategic Investment Fund initiative as part of its aim of maximizing resources to enhance growth in the Irish economy. It is envisaged that as strategic investment opportunities emerge (over time), assets currently in NPRF’s Discretionary Portfolio would be realized to generate the necessary cash for the investment.The third and final change to the NPRF’s governing legislation which will give effect to this significant refocusing of the Fund’s mandate towards investment in Ireland and its formal conversion into a Strategic Investment Fund is expected to be enacted later this year.

Long Term Finance for SMEs
In January 2013, the NPRF announced commitments to a suite of three new long-term funds, totaling €850m, which will provide equity, credit and restructuring / recovery investment for Irish small and medium-sized businesses (SMEs) and mid-sized corporates. The SME Equity Fund is focused on investing in healthy businesses seeking to grow and is managed by Carlyle Cardinal Ireland in Dublin.

The SME Turnaround Fund, managed by Better Capital, will invest in underperforming businesses which are at or close to the point of insolvency but have the potential for financial and operational restructuring in order to place it on a sustainable long-term footing. The SME Credit Fund will lend to larger SMEs and mid-size corporates. This credit fund is to be managed by BlueBay Asset Management and is expected to be operational by midyear 2013.

Infrastructure
The NPRF has committed €250 million to the Irish Infrastructure fund (IIF) which is targeting €1 billion in commitments from institutional investors and which will invest in infrastructure assets in Ireland. Managed by AMP Capital, the IIF successfully closed its first acquisition in June 2012 by acquiring a majority stake in a portfolio of wind farms.

Water
In April 2012, the Irish Government announced the creation of a public water utility, Irish Water, responsible for designing, financing, maintaining and upgrading the domestic water system, including metering. The NPRF has agreed to provide part of the financing for the roll out of Irish Water’s water metering programme.

Public Private Partnerships (PPPs)
The NPRF has provided standby credit facilities to two recent roads and schools PPPs and is expected to play a significant role in the financing of a multi-year €1.4 billion Public Private Partnership (PPP) Programme that was announced by the Government in July 2012. This PPP Programme will develop projects in the education, health, transport and justice sectors.Venture Capital
Innovation is widely viewed as a key driver of economic growth and the NPRF has established a collaborative relationship with Silicon Valley Bank (SVB), whereby the NPRF has invested in technology funds managed by SVB Capital, while SVB has established a presence in Ireland and expects to lend US$100m to fast growing Irish technology, life sciences and venture capital businesses over a five year period.

The Innovation Fund Ireland (IFI) Programme led by NPRF and Enterprise Ireland aims to attract leading international venture capital fund managers to Ireland and to increase the availability of capital to Irish early-stage and high-growth companies. The NPRF’s six investment commitments to date amounting to a total of €100 million represent an ideal fit with the Strategic Investment Fund.

The future
There is no doubt that Ireland is still navigating its way in the aftermath of the global financial crisis, but indications are that market recovery is well underway and the conversion of the NPRF into a Strategic Investment Fund, something perhaps more akin to a Sovereign Development Fund, is just one of a broad range of measures aimed at stimulating and sustaining Ireland’s economic recovery.