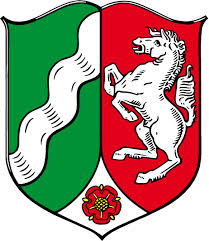 The four-year issue, the bank’s second green bond, will be used to finance environmental projects in the energy and water sector in its home state of North Rhine-Westphalia.

The area is Germany’s most populous state, home to Cologne and Düsseldorf, and is controlled by a coalition of Social Democrats and Greens.

NRW.Bank said: “Investors in the bond primarily include sustainability-oriented investors from Germany (35%), the Netherlands (17%), Scandinavia (8%), Switzerland (16%), Africa (10%) and Asia (6%) as well as other European countries (8%).” HSBC and DZ Bank were the lead managers.

Managing Board Chairman Klaus Neuhaus said supporting the phase-out of nuclear energy was a keytopics for the bank – and added that it plans to “regularly issue” green bonds.

The bank said that the environmental and social value of the bond has been confirmed in an assessment by sustainability rating agency Oekom Research and that wind power projects meet the selection criteria of the Wind Energy Generation Standard of the Climate Bonds Initiative industry group.

It follows comments from the initiative last year, which said it was “unfortunate” that NRW.Bank issued its first without having it officially certified as green.

The latest issue follows the bank’s first green bond in 2013 that “met with high demand”.

Overall there were 35 separate orders placed for the bond, which offers a coupon, or interest rate of 0.25%. One of the aims of the programme is to highlight the bank among “capital markets participants”. NRW’s Green Bond page