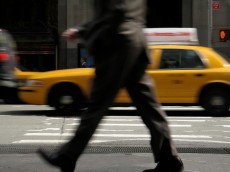 New Yorkers are rarely shrinking violets. So it is fitting that few pension funds have a reputation for investment activism as pronounced as the $45bn (€33bn) New York City Employees Retirement Scheme (NYCERS), which manages the pensions of more than 300,000 municipal workers. The fund recently launched two significant investment tenders that demonstrate its appetite for responsible investment. The first was for sustainable and environmental active management in a portfolio of global companies. The second was an activist equity mandate. Michael Musuraca, designated trustee at the fund for the American Federation of State, County, and Municipal Employees (AFSCME), AFL–CIO, District Council 37, the largest public sector union in New York City, says the values of the mandates have yet to be decided: “We’ve left open how much we are going to target until after we have reviewed the submissions.”
He says the fund’s policy is clear: “We call what we do ‘responsible investment’. It is responsible in two ways. Firstly, we put environmental, social and governance issues into our investment decisions. Secondly, we take responsibility for what we do as a fund.”NYCERS, which was initiated in the 1920s, earned its activist stripes during the New York fiscal crisis of the 1970s. Prior to the city’s financial meltdown, the fund was wholly invested in fixed income. The recommendation of a subsequent economic commission was that it should move into the equity markets. Under Harrison Goldin, New York City comptroller from 1974 to 1989, and head of the council of institutional investors, NYCERS adopted an increasingly activist approach to voting its shares. Musuraca says the governance focus on US companies was accompanied by political efforts to abolish apartheid in South Africa, which included engagement, monitoring and then divestment from some South African companies. Another prominent campaign during the 1980s was a series of resolutions on non-discrimination in the workplace for lesbians and gays. “This was a big fight for the fund, particularly in relation to a well known family restaurant chain, who had a discriminatory employment policy that was a reputation issue as far we were concerned. The Securities and Exchange Commission took a ‘no action’ stance on the fund’s resolution against discrimination. So the fund

went to court. NYCERS kept re-filing the actions until the court took its arguments into account and the restaurant chain changed its recruitment policy,” says Musuraca.
This laid the groundwork for an active litigation policy in matters of governance failure and fraud. NYCERS has joined lawsuits on Enron – Musaraca testified to the US Senate on the fund’s actions – and been successful in retrieving money invested in WorldCom and Global Crossing, amongst others. Another legacy of the 1970s fiscal crisis was a policy of economically targeted investments; a strategy that raises hackles outside of the US, but which has been employed to good effect in the US by CalPERS, CalSTRS and the New York State Common Fund. Musuraca explains: “It’s strange to remember, but there was a time when many wondered if New York had a future at all! During the late 70s and early 80s, the city became a mega landlord just because a lot of people were no longer paying their housing taxes. Much of this rented housing stock was in pretty poor shape. NYCERS got very active at this time providing loans for its rehabilitation and has built up a very good track record at doing it. Most of the investment was done with fixed income that was guaranteed at some level by the state, either local or federal, but our investments did better than their benchmark.” The fund has subsequently invested in commercial property and Musuraca says it is investigating whether to take more risk for its economic development programme via infrastructure or private equity allocations.
NYCERS’ activism is also a product of its board composition. The three largest unions representing cityemployees – in this case DC37, the Teamsters, and the Transport Workers Union, each has a seat and a controlling vote. The board’s three other controlling votes belong to
the mayor, the city comptroller and the public advocate. The board also contains the presidents of each of the five New York boroughs who have a fifth of a non-controlling vote each.
To pass resolutions there must be at least one union or city representative in support, which Musuraca says promotes compromise. By comparison, the New York State Common Fund has a sole trustee.
Surprisingly, given its activist stance, NYCERS has 80% of its US equity investments in passive funds. Outside of the US, the strategy is reversed, with 70% in active mandates and 30% passive. Musuraca says the US indexed portion is high because the advice of consultants was that outside of the US active managers tended to add a premium, whereas in the US it is more difficult to outperform, bearing in mind US fee levels.
As a result, NYCERS owns the market in the US. This means it engages extensively with a range of companies. Musuraca explains its policy: “One of the first variables we use is poor performance. We try to ascertain whether performance has been bad because the company has governance problems. If it does, then we try to engage, not attack the company. Often we have to explain that our goal is to ensure our investments grow over the long term and that we believe it is positive for companies to become best performers in structure and strategy. We would include reputation issues such as environmental damage, labour conditions, and treatment of the community as part of this.
We believe companies should be willing to engage with us as shareholders that want to grow with the company.” Musuraca says increasing numbers of companies are rising to this challenge, but there is considerable room for improvement: “Some of the change in US companies has been because they were doing certain things from which they needed to extricate themselves. Pfizer and the issue of executive compensation might fit that kind of example.”
Unsurprisingly, given its activist hue, NYCERS has stepped up to oppose large executive compensation packages under the “say-on-pay” stance by US investors: “I believe US companies have too much of an issue with say-on-pay. None can give me any reason why the UK model on shareholder pay doesn’t work for them. The only reason is that they don’t want to do it,” says Musuraca.
He identifies similar resistance – albeit this time within pension funds – on the issue of activism and fiduciary responsibility, but believes change has occurred: “Any investments you make have to be justified as those a prudent person would agree are reasonable and that you are acting solely in the best interests of the fund. The Department of Labour under the previous US administration made it clear that voting proxies was actually a fiduciary responsibility. That began to alter attitudes. One of the important organisations in expanding this fiduciary prism has been CERES and its investor network on climate risk. I would like to see broader issues around human resource management, and community involvement being part and parcel of these decisions also.”Musuraca, who sits on the board of the UN Principles for Responsible Investment (PRI), says the US debate
is reflected in the preamble of the PRI and its language on fiduciary duty: “That became an interesting source of intellectual tension as to how you phrase this. The PRI has played out well in terms of making clear to people in the US that the issues that have concerned us as activist funds for years, if not decades: the environment, corporate governance, and social issues from child labour to freedom of association, are moving to the mainstream in investment decisions.”

“I believe US companies have too much of an issue with say-on-pay. None can give me any reason why the UK model on shareholder pay doesn’t work for them.”

He says there is also a connection to the present sub-prime mortgage crisis: “The related point is that it is linked to predatory lending and tied in to wage stagnation, etc. which are both areas where investment is linked to the community. Our main worry here at NYCERS is for the larger economy. We do have a limited exposure to collateralized debt obligations, but we have asked for a more thorough examination of our exposure. You can parcel risk out, but it’s still risk and it doesn’t go away.” Such debates in the industry, says Musuraca, are healthy. NYCERS itself is examining its policy on

emerging markets investment, where it has three per cent of total equity exposure, to see whether it should mirror a shift by CalPERS, which recently introduced qualitative criteria to underpin its investments. Musuraca says: “Our policy is roughly the same type that CalPERS used to employ, i.e. a permissible list of countries to invest in, but with a previso to managers that says if you find a company in a prohibited country that meets our responsible criteria, then justify it andgo ahead and invest in it. We use a combination of traditional financial issues such as liquidity alongside political issues such as a free and independent judiciary, free press, right to association, collective bargaining, and conditions of employment. We’ve done very well in our emerging markets investments as a result. The debate that CalPERS has instigated means that we may need to revisit what we do.”