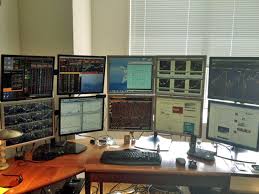 All three were appointed in 2010 and NZ Super said the “terminations reflect the Guardians’ [the body which oversees the fund] changing view of the investment opportunity that each manager was accessing”.

Last month California giant CalPERS very publicly announced its exit from the asset class, though NZ Super is not completely forsaking the asset class, retaining mandates with Coller Investment Management and D.E. Shaw & Co. The Auckland-based fund recently published a white paper setting out the advantages of being a long-term investor.

Also sold over the 2013/14 period, according to NZ Super’s latest annual report, were stakes in two private equity investments, sold on the secondary market: Apax Europe VII and Astorg V FCPR. Blenheim is the New Jersey-based trading firm set up by Willem Kooyker while Gladius specializes in global derivatives. Vermillion was founded in 2005 and focuses on “trading the spectrum of available commodities-based instruments”.In March, Reuters cited Carlyle as saying assets at Vermillion had dropped more than half to around $900m following negative returns.
Elsewhere in the report is a case study of NZ Super’s new US$250m partnership with private equity firm KKR to exploit North American shale gas and oil opportunities. NZ Super says it complements its recent alternative energy investments such as in ‘Bloom Box’ energy server firm Bloom Energy and wind turbine maker Ogin. It says that prior to investing in the energy sector with KKR, the Guardians’ RI team undertook extensive due diligence on the ESG risks of the investment. It expects KKR to encourage investee companies to adopt good practice in areas including: well integrity; waste and water management;  air emissions, including methane capture; disclosure; and community engagement.
NZ Super has also developed reporting templates for the mandate, paying “particular attention” to the standards promoted by the Investor Environmental Health Network (IEHN) and the Environmental Defense Fund. It added: “We will continue to work with KKR to use our influence to encourage good-practice management of hydraulic fracking operations.”
Meanwhile, the NZ Super revealed that Ogin, in which it invested US$55m in November 2013, is on track for a commercial roll-out of its wind turbines in 2015. It added Ogin repaid the debt portion of the investment in early 2014.