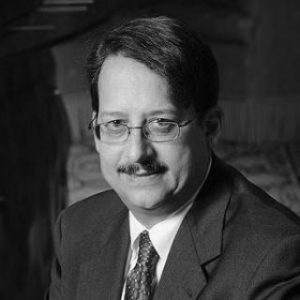 Responsible Investor is saddened to report the death of Rich Ferlauto, a tireless advocate of accountable capitalism. The following is by Paul Hodgson:

Rich Ferlauto died yesterday. “He fought long and hard and courageously, and often successfully, against a ferocious cancer, and leaves us now with the burden to carry on without him,” wrote Stephen Davis, a close friend, in a tribute.
Most recently, Rich was a Governing Board Member at the 50/50 Climate Project, which presses corporate boards to respond to the challenges of climate change, continuing his long fight against corporate behemoths, this time over their reluctance to acknowledge and do something about climate change. This was the latest incarnation in which I saw him, at a Chicago ICGN conference, coming up to me with a study he had written before 50/50 had made much of a splash, though you could tell by the intensity with which he argued his points that it would. Before 50/50, he was Deputy Director in the Office of Investor Education and Advocacy at the SEC for four and a half years from 2010 to 2014.When I first met him, he was the director of Corporate Governance and Pension Investment for the American Federation of State, County and Municipal Employees (AFSCME). We first crossed paths as vehement critics of executive pay trends in the US. Rich was an early advocate for Say on Pay in the US, he was particularly scathing of pay outcomes and exposed governance issues before, during and after the financial crisis. And, perhaps most notably, he led a concerted charge against golden coffins – preposterous death benefits for US CEOs that included such absurdities as paying the chairman and the CEO of Comcast their salary and bonus for years after their respective deaths.
Before AFSCME, Rich was the Managing Director of Proxy Voter Services at ISS and a consultant with the AFL–CIO where he helped launch the union body’s Office of Investment. Earlier still he was a Chief of Staff in the New Jersey State Assembly and helped establish the American Affordable Housing Institute at Rutgers, the State University of New Jersey.
Finally, there is an IMDb entry for Rich, for an appearance on 60 Minutes in a segment called “AIG, We Own It” in 2009, playing himself. He will be sorely missed.