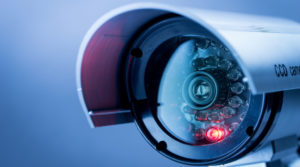 A human rights complaint against Swiss bank UBS over its ties to controversial surveillance firm Hikvision will be taken forward by the Swiss National Contact Point for the OECD Guidelines for Multinational Enterprises (NCP).

Last year, NGO Society for Threatened Peoples (STP) used the OECD’s human rights grievance system to file a complaint against UBS for its financial links with Hikvision, which is accused of playing a key role in the detention of the Uighur Muslism community in Western China.

Public awareness of the plight of the community is growing globally. On Wednesday, newly-confirmed US Secretary of State Anthony Blinken, said: “My judgement remains that genocide is commited against the Uyghurs, and that hasn’t changed.”

Last month, video surveillance information hub IPVM reported that Hikvision had registered patents for tools that can detect, track and monitor Uyghurs as far back as 2017. At least a million Uyghurs have been detained in camps in China, while the rest of the population is tightly controlled, according to experts.

In its complaint to the OECD, STP argued that as UBS invests in Hikvision on behalf of clients, and holds the firm in passive products, it represents a business relationship, making it liable under OECD guidelines for human rights abuses by the company.

It is the first OECD human rights complaint to focus on a financial firm’s asset management business and passive products. To date, the human rights grievance mechanism has focused on asset owners’ direct shareholdings, or banks’ mainstream lending.

In its initial assessment of the case, the Swiss NCP has found that UBS’ management of Hikvision shares on behalf of clients “implies a business relationship between the bank and the client, but not with Hikvision”.

However, on UBS’ exposure to Hikvision through passive products, the Swiss NCP found “there is a certain analogy to a supply chain, as Hikvision shares were part of an UBS product sold to clients”.

It also says as Hikvision has been part of UBS ESG funds there is “an enhanced due diligence on responsible business conduct, taking in account possible human rights violations through products of Hikvison, could be expected by investors”.

Hikvision had been a holding in the UBS ETF MSCI China ESG until it was removed in January as part of MSCI deleting Hikvision and other Chinese companies from its indices following a US executive order.

The Swiss NCP concludes that “a business relationship according to the OECD Guidelines between UBS and Hikvision and a direct link between UBS’ products and services and the alleged human rights violations could not be excluded with regard to the UBS Fund”.

The Swiss NCP will now reach out to STP and UBS so they can try and come to an agreement on the matter.

In its original complaint, STP had wanted UBS to withdraw from all transactions, products and services related to Hikvision and adapt its internal policies to ensure that its equities business, investment products and passive investments are covered by the bank’s human rights due diligence processes in the future.

"This is the first time that investments in index funds are to be negotiated within the framework of the OECD Guidelines," says STP’s Campaign Manager, Angela Mattli. "This is an important step and we look forward to constructive proceedings."

Although participation in an NCP procedure is voluntary, the STP said it expects UBS to enter the negotiation process, pointing out that, “according to its Code of Conduct and Ethics, UBS values ‘stakeholder engagement’ and is committed to responding to possible negative impacts of its activities on the environment and on human rights”.

UBS said “it has received the invitation to the mediation process and will discuss internally whether to participate”.