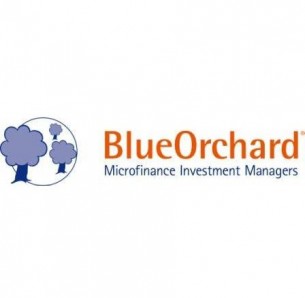 OFI Group, the French investment company, which comprises €53.5bn OFI Asset Management (OFI AM), has bought a 10% stake in BlueOrchard, the Swiss microfinance manager, for an undisclosed amount, saying it believes there is a growing interest in SRI products and indicating that it could take similar stakes in the sector in the next few years. The buy-in to BlueOrchard was made by OFIVALMO Partners, the holding company of OFI AM, and itself owned by several of France’s sizeable mutual insurance groups.
Blue Orchard, based in Geneva, was founded in 2001 and today runs $620m in microfinance assets for clients including transnational and development finance institutions such as the IFC, Germany’s KFW and The Inter-America Development Bank (IADB). Pension fund investors in BlueOrchard’s microfinance funds have included ABP, and an indirect investment from PGGM. BlueOrchard invests in and advises microfinance institutions and microfinance network funds globally.

Peter Fanconi, former CEO of Vontobel Private Bank, became CEO in January, taking over from Wolfgang Landl.Prior to his role at Vontobel Fanconi was head of its Swiss hedge fund arm Harcourt, which was previously owned by ABP and PGGM via their then holding in NIB Capital.
Maxime du Chayla, Member of the Board of OFIVALMO Partners, said: “Investment demand for socially responsible investment products has progressed at a rate 20 times faster than that of the broader French fund market and this trend should persist.” He said that more than 25% of OFIVALMO’s group assets were subject to SRI analysis and that the group was determined to reinforce its SRI affiliate expertise in the next few years: “It is vitally important for us to be getting closer to leading firms in the SRI and impact investing worlds. Blue Orchard clearly meets our demands in terms of reputation and expertise.”
OFIVALMO Partners, whose shareholders are mutual health, life and pensions companies, takes stakes in companies related to those investment areas. It will take a board seat at BlueOrchard.
OFI Asset Management runs both mutual funds and segregated accounts with a staff of 260, mostly based in Paris.