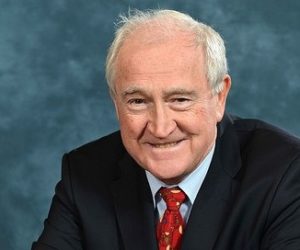 On January 5 the UK’s Met Office reported that the country had experienced higher average temperatures in 2014 than in any year since its records began in 1910. It was also the warmest year in the Central England temperature series, which dates back to 1659. This record was not a one off, but part of an upward trend, experienced across large parts of the globe. On the same day the price of a barrel of oil fell to USD55, with analysts unable to predict either the bottom of the market, or the duration of the price war. National Grid announced that wind energy had supplied 12% of the UK’s electricity in the last quarter of 2014. Two days later a research paper from UKERC, published in Nature, set out in stark terms the location and amount of the world’s fossil fuels that will need to remain unburned if we are to continue within a 2oc warming trajectory through the rest of the century.

These stories are intimately connected, and are of deep interest to global investors, particularly the world’s pension funds. They face the near-term reduction in the value of their investments, not just in oil and gas companies as share prices fall in response to the collapse in the oil price, and a significant contraction both in capital and income growth, as the oil majors face a halving of returns on equity from around 10% in 2014 to 5% in 2015.

While this imperils current investments, holdings over the long-term are also clouded with uncertainty, as markets and regulators adjust to a world of carbon pricing. For so long the deliverer of year on year dividend growth for the global pensions sector, the oil industry, and by extension, gas and coal companies, are no longer able to promise to deliver that perpetual value growth. The 140-year long bull run of the global fossil fuel industry, which began with the first deals by John Rockefeller in rural west Pennsylvania, is now beset by bears. The decision in September 2014 by Rockefeller’s descendants’ investment vehicle, the Rockefeller Brothers’ Fund, to disinvest from oil was both symbolic and indicative of the investment trend away from assets exposed to the global carbon bubble.

Yet, these funds need to invest. Energy remains a hugely important asset class. According to the IEA, USD40 trillion will be invested in energy over the period to 2035. That equates to USD2 trillion per year. That is the figure that was spent last year. Will these investments continue to support global oil and gas industries or will they seek out value and growth in the world’s renewable energy and clean technology sectors?There is an interesting parallel in today’s renewable energy sector with the early years of the oil industry. Essentially local and fragmented oil exploration and distribution businesses, sustained by bank debt and hobby capital in the US and in the East Indies, quickly consolidated with the emergence of global players, underpinned by breakthroughs in technology, the support of institutional investors and rising demand. Fast forward to the early 21st century, and renewables are on a similar trajectory.

It is worth pausing to look in more detail at current market fundamentals to see the challenge – and opportunity – facing energy investors.

There is no shortage of carbon locked up in the earth’s crust. It has been reliably estimated that there are 12,000 gigatonnes in situ. The cheap stuff, like the oil from the Ghawar field in Saudi Arabia, which has been yielding 5 million barrels per day for the past 50 years, has been found, and most of these fields have passed the peak of their production. This oil is really cheap to produce, perhaps as low as USD5 per barrel. These fields will go on producing, at reducing levels for many years into the future. Yet, selling this oil cheaply is not in the strategic interests of the Gulf States, which need the income to fund elaborate social programmes designed to keep their restless population occupied, and to dampen the economic and social appeal of religious extremism.

Outside the Gulf, further oil extraction is from inherently more expensive areas like tar sands in Alberta, shale in the US and seabed extraction from increasingly deep waters.

The fall in oil prices over the past few months has brought a huge measure of reality to energy investors. If production costs are higher than USD70 per barrel then their investment is wasted. Assets which can’t be sold for cost reasons are stranded and the companies which made the investments are in deep trouble. The investors who backed the companies could potentially lose everything.

Oil exploration and production is what it always has been, speculative with very volatile outcomes. The Financial Times reported at the end of 2014 that of the USD2 trillion invested last year across the sector USD930 billion, or almost half, may never see a return. It is no wonder that international regulators, including the Governor of the Bank of England, have commissioned reviews of the implications of this investment bubble in fossil fuels.

Let us revert to the question posed above as to who will do the investing. There is some USD70 trillion available to be invested across global markets. This is mainly accrued in pension funds and insurance companies. The great majority of their money is placed in low risk / low return type investments. It begs the question: is oil – and by extension, gas – still a safe harbour? Returns on equity have fallen from over 20% in 2008 to a forecast 5% this year, with further contraction ahead. A low oil price wipes massive value off future inventories, while a high price drives exploration into increasingly environmentally and politically challenging areas. Coupled with a price on carbon, the historic attraction of oil as an investment fit for widows and orphans looks decidedly risky.

Irrespective of the price of a barrel of oil, investors in companies with large fossil fuel inventories now face a further barrier. Scientists calculate that a 2° rise in global temperatures by 2050 would be consistent with a concentration of 450 parts per million of CO2 in the atmosphere. This would mean that of the 12,000 gigatonnes of carbon locked up in the earth’s crust, only 936 gigatonnes can be used.

Exploration leading to more production than that will in all likelihood result in stranded assets. “Perhaps not”, may be the current argument made by oil and gas companies. Would a sensible, prospective pension fund be comfortable taking that risk? The simple fact that much of world’s fossil inventories cannot be used if the world is to meet its 2°C policy goal.

So whether USD40 a barrel or USD120 a barrel, oil, or the gas or coal cost equivalents, the essential proposition is this – the reserves must remain in the ground. That alone should persuade most sensible investors that fossil fuels present an unattractive long-term bet. But, let us suppose that that sensible investor is yet to be persuaded. They must now ask what price will be put on carbon?

The Chinese have reasoned that a price of €23 per tonne of CO2 is needed to change human behaviour. They also reckon that human behaviour needs changing as they are seeing the worst effects of pollution from coal burning in most cities. Government responds to public pressure for action. Carbon trading regimes are being tested in designated locations. Like the EU they reckon that charging for carbon is the correct way to cut its use. An agreement at COP20 in Lima in December may not of itself have nudged a review of energy investments by pension fund managers, but coupled with the decision by the EU in 2014 to continued targets for carbon reduction out to 2030, and the commitment by President Obama and President Xi Jinping to meaningful carbon reduction targets, it should.

There will be a price on carbon. It may even be sufficient on its own to incentivize changes in investment strategies that keep the global temperature rise to 2°C.

As well as price volatility, unusable inventories and carbon pricing, investors in fossil fuels have to consider the impact of energy efficiency on consumption. The OECD is just not consuming as much oil as it did a decade ago. If fossil fuels are too risky, how are the pension funds going to deploy their investments, and where will they find value?Renewable energy generation and supply provides a compelling case to replace oil and gas as the long-term shelter for the world’s retirement funds. Wind and solar power are already low risk investments, and battery storage and smart grid technologies are moving swiftly from medium to low risk categories.

Wind energy is one of the major success stories of the past 15 years. The generation technology is now immensely reliable, with modern turbines available for 98% of their operational lifetime. Five years ago most turbines were only deployable in areas with wind speeds in excess of 8m/second, or Force 4 on the Beaufort scale. Today most turbines can capture energy at 6m/second, or what the Beaufort scale terms a “light breeze”. This makes most areas of the world suitable for wind generation. With better design and operational efficiency, the price of generation has fallen by 30% in the last seven years.

The fundamentals of wind energy make it an extremely attractive asset class for pension fund investors.

Almost all the cost of wind is accounted for in the capital cost. The fuel is free. It is always local. It will always be there. It makes electricity without pollution; it makes electricity without water. These facts are rather obvious. Less obvious perhaps is the inherent engineering properties of wind turbines: no high temperatures or pressures needed to make the electricity. As a result the only failure mechanism is fatigue. Parts are simple to make and replace. Essentially a wind turbine will last indefinitely.

This stands in contrast to thermal power stations, including nuclear, which have a life span controlled by the failure mechanism of “creep”. After 30 to 40 years their forced outage rate rises to non-commercial levels. They must be replaced. It is also worth noting, that unlike wind, most cost per barrel estimates for oil do not include the decommissioning liability.

The same fundamentals apply to solar power, which enjoys the added benefit of scale – allowing for rooftop deployment as well as utility scale plant. Increasingly, decentralised solar generation is undermining electric utilities’ business model in many parts of the world, putting them into the high-risk investment bracket along with oil and gas companies.

A wind or solar farm with a power off-take agreement is the lowest risk investment that a pension fund could make. It doesn’t matter how oil, coal, and gas prices fluctuate. The price of renewable power remains constant, delivering consistent cashflows to investors over the lifetime of their investment.

Oil has delivered prosperity to billions of people over the last century, and the “oil age” will not come to an end because the fuel runs out. But, looking ahead, it is hard to see how future prosperity will come from the world’s black gold, as we face the costs to our environment and to our security. Instead, the future lies in renewable energy.

Eddie O’Connor is the founder and CEO of Mainstream Renewable Power.