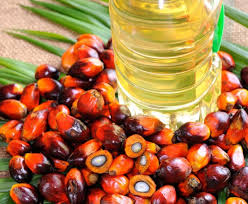 At this year’s annual meeting of the Roundtable for Sustainable Palm Oil (RSPO) in Bali, Indonesia (which takes place next week), one of the industry’s most influential traders, IOI, is poised for a comeback. IOI’s suspension from the RSPO made headlines last year and cost the company a temporary loss of key business partners. Since then, it’s worked hard to rebuild its reputation by establishing more robust zero deforestation policies.
As the company attempts to rebuild its brand equity and woo back customers, it’s worth noting the rarely reported, yet lingering, financial impact of the company’s four-month loss of its certification as a sustainable palm oil producer. Overall, IOI experienced a staggering decline in its stock price and lost one-third of its total market capitalization. To date, it has yet to recover from the RSPO suspension, as a new case study analysis by Climate Advisors and Ceres reveals.
IOI’s financial losses stemmed from its failure to manage business risks impacting its supply chain, especially reputation risk and market risk.
To recap last year’s events: IOI was suspended in March 2016 over allegations that its Indonesia subsidiaries were not adhering to RSPO rules. Major buyers were lost within weeks of the RSPO action. Many of IOI’s buyers of certified sustainable palm oil (such as Unilever, Procter & Gamble and Nestlé) suspended procurement contracts with the company.
Predictably, the loss of buyers impacted profitability. IOI announced a $14.7 million loss in the second quarter of 2016, but the strain on customer relationships also extended beyond the most immediate financial reporting periods. For example, Unilever did not announce that it resumed sourcing from IOI until August 2017.
IOI’s woes reverberated beyond the company itself. Its reputational issues disrupted the supply of a critical input for many of its clients—food companies—who had sustainable palm sourcing policies in place prior to IOI’s RSPO certification suspension, and faced a significant reputation risk if they failed to take action. IOIs competitors capitalized on this uncertainty in the certified sustainable palm oil (CSPO) market.Kuala Lumpur Kepong reportedly raised its CSPO prices from MYR85-107 to MYR 150-171.

Losing major contracts with its buyers led to lower forecasted earnings and valuation, which negatively impacted both equity and debt investors. Both direct holders of IOI and investors accessing IOI through pooled funds within strategies that were country and region-specific (e.g. Malaysia, South East Asia), economy-based (Emerging Markets) or sector-focused (e.g. natural resources and agriculture) were harmed.
Debt holders were impacted in May 2016, when Moody’s reviewed IOI’s unsecured debt for downgrade, citing its RSPO suspension and its loss of CSPO procurement contracts. As of August 2017, Moody’s rated IOI’s outlook as negative and its issuer rating as Baa2—which is considered a moderate credit risk.
While it’s commendable that IOI is engaging with stakeholders about efforts to extend its zero-deforestation commitment to its suppliers, the fact that is has yet to fully recover financially from the events of last year should be a sobering reminder for all companies sourcing commodities like palm oil, beef, leather and cocoa from areas at high risk for deforestation.
Investors are increasingly aware of the multiple risks that companies face, and want to know about not only company sourcing policies, but also about supplier compliance systems.
Companies must have a clear approach to monitoring and engagement with suppliers in high risk sourcing areas. Firms that suspend business relationships with non-compliant suppliers demonstrate integrity and commitment to their sustainability policies. To consumers, and ultimately investors, this integrity instills confidence in management and trust in the brand.

Julie Nash is Senior Manager of Food and Capital Markets at Ceres.