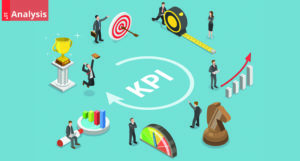 One of the themes of last month’s US Climate Finance Summit was the urgent need for harmonised information on ESG and impact.

Federal Reserve Governor Lael Brainard reiterated her support for mandatory climate disclosure at the event, while Larry Fink, the CEO of the world’s largest asset manager, BlackRock, called for companies to report in line with guidelines from the Sustainability Accounting Standards Board (SASB) and the Task force on Climate-related Financial Disclosure (TCFD). Brian Moyihan, CEO of Bank of America and Chair of the International Business Council, is working to figure out a common set of metrics to evaluate the stakeholder capitalism model endorsed by the Business Roundtable 2019.

It is no secret that regulators and governments all over the globe are looking at standardising disclosures through taxonomies and corporate reporting. Just this week, the UK launched a consultation on plans to force big UK companies to report against the TCFD, while Chile joined the race for standardised disclosures via its Commission for the Financial Market, and Brainard said the Fed will be investing in research, data and modelling on climate change.

Much of these efforts focus on providing investors with adequate, comparable information about the ESG risks that companies may face, but there is growing consensus that a ‘double materiality’ approach is required – that data must address the impacts that business activities have on people and the planet, too.

The Impact Weighed Accounts Initiative (IWAI) is one of the main initiatives through which thinking on standardised impact measurement is being developed. Chaired by impact investment veteran Sir Ronald Cohen, the project builds on efforts by players such as TPG Rise, ABN AMRO, Capitals Coalition and the Social Value International to monetise impact using a Social Return on Investment (SROI) model, made popular in the US before taking off in the UK during the Blair and Brown governments.

Jeremy Nicholls contributed to the development of SROI and says using a common unit like money to measure and prioritise outcomes – such as better access to healthcare or shorter waiting times for doctors’ appointments – based on the people that experience those outcomes, enables organisations to be accountable for their decision-making and spending.

He says the work of IWAI follows the same school of thought, giving investors – and ultimately the public – a way to assess how effective a business has been in creating wider value for society.

“At the moment, a company’s resources are being allocated according to profit. Profit drives up stock market values, it drives dividends, and investment managers are making their decisions on your behalf using these indicators to get a high return,” he explains. “I expect most people wouldn’t want a high return at the cost of child labour or destruction of rainforests, so we need to change accounting and fiduciary duty so that investment managers have to account for the wider impacts of investments.”

IWAI seeks to balance these conventional profit-based metrics with positive impacts, to give investors the tools to move money into companies that generate both.

“So you shift the flows of capital towards people and the planet, but you can leave the existing motivation ecosystem in place but performing against a more holistic value,” says Nicholls.

Multinationals such as chemicals company BASF and luxury goods brand Kering are already experimenting with this type of accounting. Since 2015, Kering has issued an environmental profit and loss account. Last year, it found it had an environmental loss of €524m, and revenue of €15.8bn.

But not everyone agrees that this is the right route to take. Unmesh Sheth, CEO and Founder of impact management technology company SoPact, argues that SROI has been around for more than a decade without taking off in any meaningful way. “I think we’re going to get into a rat race around numbers which are not going to go anywhere.”

David Floyd, Founder of UK-based impact consultancy Social Spider, notes that SROI has been plagued with inflated impact claims, but that if the Impact Management Project and the IWAI can unite “the massive range of factions and agencies squabbling over the right to determine how impact is measured”, it would be a useful step forward for the market.

“It could bring internal credibility,” he says, but adds: “I fear it’s still going to be the ‘true believers’ who get together and agree on this, and that isn’t going to drive change at a large scale. It’s going to remain niche unless a government or an international convening body gets behind it.”

Katie Panella is a Research Associate at Harvard Business School and oversees the employment pillar for IWAI. She says the figures are calculated using a combination of direct data from a firm, evidence-based assumptions and an equation that will lead to a monetized impact amount.

“We see this as a core set of existing metrics that can be interpreted into a common language across industries, firms and geographies,” she explains. “GAAP was initially met with skepticism,” she adds, referring to the Generally Accepted Accounting Principles – the range of commonly-accepted accounting rules used in financial reporting. “It took decades of development to get to the level of consensus and depth we know today, and is ever-evolving to keep up with market norms and needs. We believe the establishment and uptake of IWA is on a similar path.”

The datasets are publicly available, and asset managers like BlackRock are working with the IWAI team on piloting its methodologies.

Alongside this, the Global Impact Investing Network (GIIN) is consulting on a methodology for comparing and benchmarking impact between portfolios, in a bid to solve the ‘apples and pears’ problem that has plagued the sector.

Amit Bouri, CEO of GIIN, says the ultimate plan is to enable investors to benchmark within specific themes, such as education or environment, and also across themes.

“So we’re not trying to distill impact down to a single metric – we’re approaching it so that impact can be achieved through a variety of different dimensions, and we’re developing the methodology to compare and benchmark performance across these dimensions.”

To capture these ‘multidimensional’ impacts, GIIN is considering whether investors should report on three types of indicator:

But Sheth from SoPact warns that, despite efforts to standardise measurement, “most investors continue to cherry pick metrics for their investments and don’t consistently collect results holistically”. He says that instead of raising the bar for impact by trying to benchmark it, investors should seek out the most impactful companies and build impact management capacity.

“Investors often lack a social impact context for benchmarking, which is why we believe they should focus on investments with both financial and social impact maturity. Better performance on both axes increases the likelihood of better long-term performance.”