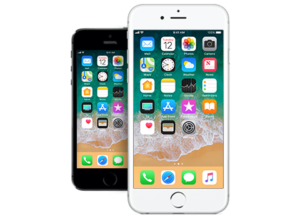 As we discussed late last month, a shareholder proposal calling on Apple to establish a human rights committee was the first to be challenged by a company under new guidance from the Securities and Exchange Commission.
The SEC’s Staff Legal Bulletin No. 14I (SLB 141) requires boards, not just management, to “analyze, determine and explain whether a particular issue is sufficiently significant because the matter transcends ordinary business and would be appropriate for a shareholder vote” in any request to exclude a proposal.

Further to this, we can now reveal that Apple sent three other supplementary ‘No-Action’ letters to the SEC on 20 November, relying on SLB 14I in the same way it did when trying to exclude Jing Zhao’s human rights shareholder proposal.

It is the first company we know of that is using the new guidance to try to block shareholder proposals on ESG issues. If everybody else is doing this, the SEC’s mailbag must be full to overflowing – and not with Christmas cards.

But these supplementary letters provide a first chance to look at a point-by-point rebuttal of a corporate ‘my board of directors think this is ordinary business therefore it is’ claim.

But before we get to lawyer Sanford Lewis’ rebuttal, let’s just figure out what these supplementary letters are about.

Unlike the Zhao objection, these letters supplement initial No-Action letters Apple had sent to the SEC on 9 October, objecting to the inclusion of these proposals on a variety of grounds.

The first claimed that the proposal from Zevin Asset Management, on behalf of Eli Plenk, dealt with substantially the same subject matter (diversity) as two prior proposals filed over the last few years that did not receive threshold support sufficient to be refiled (6%).

In a response, the proponents argued that the latest proposal – calling for sustainability targets to be incorporated in the company’s executive incentive plans – had a “focus, means and scope” that was materially different from the prior two proposals.

A second supplementary letter deals with a proposal from Michael and Honore Connor that calls on Apple to publish a report on its role in promoting freedom of expression, including: a summary of measures Apple “took to prevent removal of VPN [virtual private network] apps in China,” a description of Apple’s policies for responding to government requests involving products affecting freedom of expression, and an exploration of “policy options for the company to play a role in ensuring that consumers in countries like China . . . have unfettered and anonymous access to the internet.”

Apple’s initial request for exclusion was based on its understanding that SEC staff have stated that “freedom of expression and access to a free and open internet… is not a significant policy issue”.A third supplementary letter concerns a proposal from Jantz Management requesting that a report on potential ‘net-zero’ greenhouse gas emissions. Apple says it is already working towards this but doesn’t want to set an arbitrary timetable.

A response to the initial letter, also from Sanford Lewis but before the staff bulletin, claimed that the company itself had created “a nexus between the company and climate change” by stating its ambition to reduce GHGs and its carbon footprint and that the proposal is different from a similar one last year because it “does not request that the company generate a feasible plan for the company and its major suppliers to achieve net-zero emissions by 2030, and instead asks the company to assess the feasibility of implementing [such] a plan….”

All three of the supplementary letters add to their initial objections another “ordinary business” exclusion request because – guess why – the board has considered the proposals and none of them would “call for the company to consider facts, issues or policies that the company does not regularly consider in the course of its day-to-day operations…, and therefore does not transcend the company’s ordinary business.”

The supplementary letters are largely carbon copies of each other – and the Zhao letter – with the particular ordinary business changed in each case to be diversity, GHG reduction or freedom of expression as appropriate. There’s nothing wrong with using the same arguments, of course, as long as the argument is appropriate in each case.

But here’s what Sanford Lewis thinks is wrong.

His rebuttal is in support of the Jantz GHG emission proposal. First, Lewis believes that Apple has “misinterpreted the proposal, the Bulletin and the ordinary business rule”.

Lewis believes that if all companies adopted Apple’s approach then it would allow every company to exclude every shareholder proposal because the board had already considered the issues raised in the proposal… even if just once.

In fact, Lewis states that boards of directors are the least qualified group to determine whether an issue is ordinary business of not.

Apple’s request to exclude the proposal rests only on the first question, says Lewis, and does not address the other three. Lewis adds that the board’s only expertise in this issue is to determine whether an issue is insignificant for the company. ‘We’re already doing it’ is not sufficient to prove that an issue is ordinary business. The company has achieved a 0.5% reduction in its CO2, which is great, but not enough.

Apple has commitments from 14 of its suppliers to reduce their carbon footprint, but it has 200 suppliers. So it’s not ordinary business, yet.

Apple’s leadership in environmental stewardship is enough to prove that the issue is a significant one. Lewis also notes that the nexus is clear because of Apple’s large carbon footprint, and is particularly scathing about Apple’s claims that allowing shareholders to worry about GHG gases is the sole concern of energy company shareholders.

The nexus is also based on Apple’s sustainable leadership. Lewis argues that requesting a “clearly scoped net zero GHG strategy and timeline is not micromanagement” because the proposal is not a replacement of Apple’s strategy but an addition to it – requesting a target date and a feasibility study of hitting that target.Lewis also asserts that a feasibility study is not a plan, as the company asserts, it is a study to see if a plan can even be developed.

Finally, the proposal’s focus on the company’s supply chain is also not micromanagement, contends Lewis, because that chain is where most of the GHG emissions come from and ignoring it would be to ignore 77% of Apple’s carbon footprint.

We can see that Apple’s reputation for innovation also extends to excluding shareholder proposals since Lewis, and he is more likely than most to know, says that these supplementary letters are the first to rely on the new staff bulletin.

That they misunderstand the purport of the bulletin – and I agree with him that they do – is not a good start. But the crux will be whether the SEC agrees.