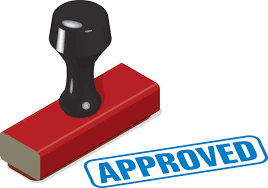 What company could you find on a list of the 100 most overpaid CEOs in the S&P 500 and on a list of mutual funds rubber-stamping overpaid CEO pay packages? The answer, according to advocacy group, As You Sow, is BlackRock.
BlackRock voted for Say on Pay votes at 97% of the companies on As You Sow’s new list of “overpaid CEOs”, and Larry Fink, BlackRock’s CEO, is at number 39 on the list of 100 most overpaid CEOs.
As You Sow, the California-based non-profit foundation that promotes corporate social responsibility, puts together this annual list of most overpaid CEOs based on a pair of equally-weighted algorithms that combine As You Sow’s red flag analysis and a regression analysis by HIP Investors based on the relationship between CEO pay over the past several years and the company’s performance measured in a variety of ways. The red flag analysis includes over 30 tests, including: lowering performance goalposts, upwardly spiraling pay, sustainability indicators and third party concerns (i.e. low Say on Pay support). The top five includes the CEOs of Discovery Communications, Oracle, CBS, Chipotle Mexican Grill and Microsoft. Of the top 25, 11 made the list for the second year in a row.
The point of this analysis is As You Sow’s contention that not only is overpaying a CEO a “misallocation of funds” – HIP’s analysis shows that 17 CEOs received over $20 million more in compensation than would have been predicted with a proper pay for performance alignment – but also that such overpayment leads to underperformance. Paul Herman, HIP’s CEO, said, on the webinar on Monday, that these CEOs were overpaid to underdeliver and many represented bad investments that should either be shorted or divested.

As the press release states: “When taken in aggregate, the 100 S&P 500 companies with the most overpaid CEOs underperformed the index by 2.9%, while the ten companies with the most egregiously overpaid CEOs underperformed by 10.5%, destroying shareholder value with a negative 5.7% return.”
As well as analysing which CEOs are overpaid, the report examines those funds that enable them and those that don’t. Data on this has expanded considerably since the last report, with data from additional public pension funds – which aren’t required to disclose voting policies so As You Sow filed Freedom of Information requests that sometimes had to come from state residents – and a few international funds.

Analysis showed that a lot of funds had increased the amount of time they had voted against overpaid CEOs, others still voted for them. For example, Northern Trust, Guidestone, Gabelli and Calamos did not vote against a single one of the pay packages. TIAA voted against only 10%, Fidelity and BlackRock against 7%, Vanguard against 9%. Vanguard went down from a 15% opposition rate in 2014.
In contrast to Vanguard, some funds increased their opposition to overpaid CEOs between 2014 and 2015, including Dimensional (21% to 46%), AllianceBernstein (23% to 34%), John Hancock (12% to 24%) and MFS (25% to 38%).Of the SRI funds, Domini voted against all of the 100 overpaid CEOs, while Calvert voted against 87% of them. Trillium and Pax also voted against well over half of them. Parnassus, in contrast, voted against only 20%. On the other hand, SRI fund Green Century is noted in the table as not voting against any of the overpaid CEOs. An overview inspection of its voting record showed a large number of abstentions, and its voting policies say only that: “Green Century will also vote in favor of ‘say on pay’ resolutions for compensation packages that are sustainable and equitable.” I spoke with Green Century President Leslie Samuelrich about this and it is, of course, more complex than a simple abstention. “It’s a proactive abstention,” she said. “We are looking to see if compensation is tied to environmental performance. If a company specifically says it does not consider it then we vote against the package. If it is tied to ESG goals then we might vote for it.” However, she added, where the fund cannot be certain that a company does or does not take environmental goals into account when judging performance, it will abstain. Those abstentions accounted for the voting record against the 100 overpaid CEOs.
The analysis of public pension funds – once the hurdles noted above were cleared – included analysis of Canadian as well as US funds. One of the biggest naysayers was British Columbia Investment Management Corp. (bcIMC), which voted against 76% of the overpaid CEOs, a higher proportion than any other public fund. Chicago Teachers came in second, with 73% opposition, followed by the Florida State Board of Administration with a 70% vote against. CalPERS and CalSTRS, both at 47% opposition, appear to be voting in lockstep with each other, but I feel that is more likely to be a coincidence. Not so New York State and New York City retirement funds, both of which voted against the overpaid CEOs 59% of the time.
In its analysis of non-US funds – a table that is not reproduced in the report – report author Rosanna Landis Weaver noted that sovereign wealth funds are not required to disclose their voting records but that Norges Bank Investment Management (NBIM) does. However, the fund voted against only 23% of the overpaid CEOs. “Norges’ CEO,” she added, “had spoken out recently and indicated that the fund may change its focus from just looking at pay structures to incorporating a pay level analysis into its voting policies.” Such a change is likely to increase the number of protest votes. A number of other non-US funds voted against all, or almost all of the pay packages highlighted in the report, including PGGM and Royal London Asset Management.
In conclusion, HIP CEO Paul Herman noted – only a few days after the SEC announced that it had had an unexpected flurry of ‘this pay ratio is really difficult to calculate’ submissions – that extreme pay ratios are much better predicter of performance than many other metrics. In an analysis of 5,770 companies globally, HIP had found that CEOs who are paid between 400 to 1,000 times that of the average worker frequently provide investors with lower returns over a 10-year period. As You Sow report