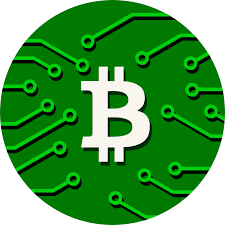 On May 23 this year, Banco Santander and Broadridge Financial Solutions completed the first blockchain investor voting at an annual general meeting.
It was the first of a series of developments that point to the technology gaining a place at the governance table.
According to a press release, the pilot was run in parallel to the AGM, “with blockchain being utilized to produce a “shadow” digital register of the proxy voting taking place in the traditional model”.
The co-collaboration model was extended to additional global custodians participating during the Santander AGM. Institutional investors who participated – around a fifth of them did – could watch their votes counted and confirmed almost instantly instead of having to wait two weeks as the votes pass through a number of manual activities.
Santander and Broadridge see blockchain as a possible incentive to vote, and the bank, as an issuer’s agent in AGMs of more than 50 large clients, also sees a business opportunity.
Blockchain will also help companies comply with the latest European Directive on Shareholder Rights that will come into force in June 2019, which will require sharing information among intermediaries on the same business day. This public pilot follows a private one around a year ago.
I spoke to Patricia Rosch and Michael Tae from Broadridge about the Santander pilot and future plans. Rosch said that the pilot at Santander went extremely well and was a true success. “We ran it on the shadow register using distributed ledger technology [DLT, the technology on which blockchain rests],” she continued, “covering 21% of the total shares that participated in the AGM. We were working with four custodian banks, including JP Morgan, Northern Trust, and two additional global custodians; these were cross-border shares voted by institutional shareholders held through these custodian banks.”
I asked Rosch if this was the first pilot, and she replied: “This was our second pilot as part of the Global Proxy Blockchain Initiative, the first one was in a closed block chain environment and also for the Banco Santander AGM in 2017.”

Regarding plans, Rosch said: “There are none in Europe at present but we are working on a pilot in Japan. Broadridge is working with a company called Investor Communications Japan, which is a joint venture between Broadridge and the Tokyo Stock Exchange. We now support over 900 issuers with ICJ, and we’re hoping to run pilots with a few issuers this fall.” She confirmed that Broadridge’s main initiatives were in Europe and Asia at the moment.

Moving to the US, I asked Tae what were the plans and progress there: “There is definitely appetite to explore DLT in the US market as well. We have an end-to-end solution that we built for the US and we have conducted an Annual Meeting leveraging blockchain technology for a North American issuer.” But he was unable to disclose the name of the company. Broadridge plans to build on these successes to leverage customer use going forward.Blockchain is a database that contains the history of changes and exchanges made by its users since its creation, but, most importantly for its accuracy, each user has a copy which means that everyone can verify its authenticity. The benefits of this include “enhanced transparency across the vote lifecycle”, according to Broadridge’s press release. Broadridge aims to add functionality and expand the platform “to include the participation of institutional investors to provide enhanced transparency and end-to-end vote confirmation”.
Then on April 25, KAS BANK, tested a new app it has designed, called Voteroom, at its AGM. “Once the testing phase is successfully completed,” said its press release, “the app will be available to listed companies to purchase and free for shareholders to use. Pat Sharman, KAS BANK’S UK Managing Director, said that the development of the app was all about security and transparency in the voting process, as well as efficiency.
I asked Sharman how its pilot went. “The pilot aimed to simplify shareholder voting process without compromising on security and was a great success,” she said. “Most feedback from attendees and the wider stakeholder group was extremely positive and proved that our blockchain technology succeeded in streamlining the voting process, creating a user-friendly experience for all concerned.” She said the bank was planning to use Voteroom again for its upcoming shareholder meeting in September, and added: “In the longer term, we are already working with several issuers interested in using the Voteroom app for their shareholder meetings. The app is relevant for any business looking to improve their corporate governance and demonstrate value-add for stakeholders.” Sharman also noted that the app could help with overall engagement year-on-year.
On future plans, she said: “We are always interested in international opportunities both within Europe and beyond, it’s just be a case of identifying gaps in the market and adapting our product to make sure we service local needs.”
This momentum continued on May 10, when Broadridge announced that the US Patent and Trademark Office had granted it a patent “directed to blockchain technology that will enhance the processes for proxy voting and repurchase, or repo, agreements”.
The developments all appear to go some way to addressing problems highlighted by an industry working paper late last year.
The CSD Working Group on DLT noted the “complexity of the processes involved in the voting and lack of finality”.
Trusting that votes have been counted accurately is “now placed in the system itself and can be independently verified by any actor”. It should be noted that, although DLT mitigates a lot of trust issues, strong governance and correct implementation of the system is still necessary.

Anything that can streamline the proxy voting process surely has to be welcomed.