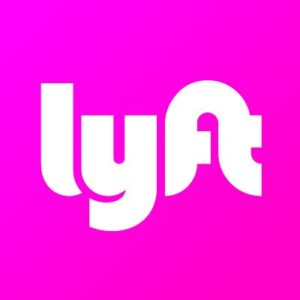 Saying it is “harmful to investors”, the Council of Institutional Investors (CII) released a critical statement on the eve of its March conference and in response to Lyft’s S1 [its IPO filing] officially announcing its 20:1 voting structure.

It was in advance of an expected initial public offering from the ride-hailing ‘unicorn’.
The S1 announced plans to create two classes of stock: Class A shares with one vote per share for public shareholders, with Class B shares that have 20 votes per share for the founders. According to the CII’s calculations this means that the founders “will have voting control over the company even though their equity stake in Lyft is less than 10%”. Also of note, says the press release, is that dual-class voting structures typically have 10:1 voting power, but Lyft’s is 20:1, despite its current private company status with ‘one-share, one-vote’.

“Lyft’s dual-class share structure leaves investors virtually powerless,” said CII Executive Director Ken Bertsch.
“This is highly risky for long-horizon investors and for the integrity of the capital markets,” he added. “The message the filing sends is that the Lyft founders can govern the company as supreme monarchs in perpetuity and also that they have a ‘let them eat cake’ attitude toward their investors.”

Bertsch said that the company should have adopted so-called sunset provisions that ensure a company adopts a ‘one-share, one-vote’ structure within a reasonable amount of time, typically seven years. CII wrote to Lyft board members on 13 February, requesting that they put in place a time-based sunset for its dual-class structure.
This campaign is having some success. CII deputy director Amy Borrus told RI that “One third of dual-class IPOs in 2018 incorporated time-based sunsets, up from 26% in 2017. Yelp, Fitbit, Kayak all went public with these provisions.”

The press release notes that some multi-class companies have already passed their sunset provisions such as Groupon, Texas Roadhouse and MaxLinear.Owing to the scandals rocking Uber, and the need for further outside investment (from Softbank), Uber dropped its dual class share structure, robbing power from ousted CEO and founder Travis Kalanick and early investors.

Sometimes scandals can improve corporate governance. Uber is now a one-share, one-vote private company that is likely to be following Lyft soon into the public arena. But then Lyft was also one-share, one-vote when private.
The CII has also petitioned the New York Stock Exchange and the NASDAQ to act against companies going public with unequal voting rights, asking them to change their listing regulations. But, apart from writing letters to companies, and petitioning stock exchanges, what other practical ways forward are there to try and combat ‘forever dual class share structures’?

“We emphasize the importance of sunsets in various forums, including with the gatekeepers,” said Borrus, “the investment bankers, the lawyers.” While Lyft did not respond to the February letter from Bertsch, the CII did have a meeting with Snap’s general counsel last year to express its concerns. The GC listened, but made it clear that the voting structure was a demonstration of their belief in the founders and that investors knew what they were getting into when they invested.
The CII is certainly very vocal in its criticism of unequal voting; its members regularly support shareholder resolutions to get rid of them at dual stock companies. But ever since the SEC’s ruling forbidding unequal voting in most cases in the late 1980s was overturned in 1990 by a lawsuit brought by the Business Roundtable, and without any movement from the exchanges so far, there isn’t much of a prospect at the moment of anything changing. A different administration and a different Congress might decide to give the SEC definitive authority regarding one-vote one-share, but that is at least two years away.