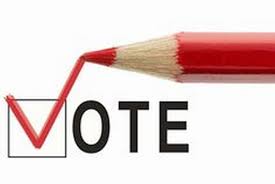 At Urban Outfitters, a human rights risk assessment resolution in 2014 received the support of a third of outside voters compared to only a quarter of total outstanding shares, and in 2015, a clear majority of outside shareholders supported a proxy access resolution and voted against two directors associated with private equity firms. The founder and his wife, the “chief creative officer”, also received substantial minority protest votes, but because of their voting power were comfortably re-elected.
At Walmart, in 2014, resolutions on lobbying disclosure, the implementation of a pay clawback policy and for an independent chair received between a third and two-fifths of support from public shareholders. To be fair to Walmart, the lobbying disclosures were substantially implemented in 2015, though they fell short of what shareholder Zevin Asset Management actually requested. Such a response, however, is a rarity, and neither of the other resolutions were acted on.Some shareholders have no interest in bolstering up this undemocratic behaviour by supporting it with investment, and do not buy stock in controlled or insider dominated companies, but more have no choice and yet more invest so that they can at least try to change corporate structures and behaviours from inside. While a complete change in the attitude of companies and insiders to majority outside shareholder influence might allow for a more equitable treatment of such shareholders, this voluntary change is unlikely. Nor does it seem as if the SEC is likely to cease allowing controlled companies, either existing or new public offerings. Nevertheless, this last is what should happen. One shareholder one vote should be the rule for the largest democracy in the world.