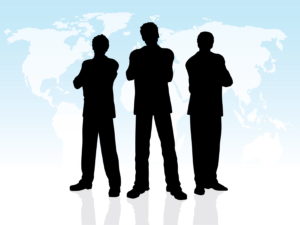 The war over shareholder resolutions seems never to end, with two of the latest salvos a letter to the SEC from Timothy Smith, director of ESG Shareowner Engagement at Walden Asset Management and another SEC letter from NASDAQ signed by 300 or so companies plus… the Chamber of Commerce.
Both contain diametrically opposed positions on shareholder resolutions.
I thought all this oppositional behaviour was supposed to be ended by the establishment of the Investor Stewardship Group, with its shareholder-written stewardship and governance principles, and the signing of the Commonsense Governance Principles by both corporations and shareholders.
I was hoping that a closer look at what these two sets of principles say about shareholder resolutions might explain the continued conflict, but it does not. While the Commonsense Principles are more long-winded about it, they both say almost exactly the same thing: “Boards should respond to a shareholder proposal that receives significant shareholder support by implementing the proposed change(s) or by providing an explanation to shareholders why the actions they have taken or not taken are in the best long-term interests of the company.” Neither mention that the shareholder proposal process has been hijacked by political activists.
The NASDAQ letter has been signed by 319 companies, though mostly not household names. Indeed, of the few that are recognizable – American Outdoor Brands, Chevron, Wynn Resorts – it is not difficult to imagine why they would want shareholder resolutions to go away. Although the letter focuses initially on attacking proxy advisors, another endless war, it also seeks to influence the SEC to change the rules on shareholder resolutions.
It calls for the standards for submission and resubmission of shareholder proposals to be made “more reasonable”, which would require 6% support for the first resubmission, 15% percent for the second, and 30% for the third. It offers no alternatives to the current submission standards.
Smith’s letter, in contrast, notes the significant changes to “corporate policies and practices on a range of issues from governance to climate change to diversity” that have resulted from shareholder resolutions. There are different reasons for engaging with companies, says Smith: a foundation’s mission, a religious belief system, duty of care for beneficiaries, or client priorities; but all focus on “long-term shareholder value creation”.Smith quotes the National Association of Manufacturers (NAM) who describe “a flawed proxy process… hijacked by unregulated third parties with little-to-no stake in a company’s success or investor returns” divorced from shareholder value creation, with activists pursuing political goals and a “proxy ballot…[that] has devolved into a shouting match focused on social and political issues”. NAM, the Business Roundtable (BRT) and the Chamber of Commerce all agree that no ESG proposal has anything to do with enhancing shareholder value.
Smith, of course, asserts the opposite, noting that thousands of companies across the globe have supported improved governance and that issues like diversity, mitigating global warming and reporting on sustainability are “important contributors to a company’s long-term profitability”.
These groups, he says, seek to “discredit the motives and character of shareholder proponents”. However, in meetings with companies that are members of these groups and often in leadership roles at them, he has “yet to find a company that associates itself with this false narrative regarding the motivation of shareholder proponents”.

“We urge the Securities and Exchange Commission,” concludes Smith, “to recognize that false narratives put forth by the BRT, Chamber, and NAM do not advance the legitimate debate about the rules governing the shareholder resolution process.”
I know which narrative is false, because the data shows that companies adopting the best practices encouraged by shareholder proposals perform better over the long term. Otherwise why would ESG investing be the fastest growing investment choice in the market? The real question here is why the Chamber, the BRT and NAM are preaching from this hymn sheet?
What is their motivation, especially as their membership seems largely unconcerned with the process? No company wants a shareholder resolution on its proxy, many contest them. But even where they are supported by only a quarter of shareholders, many implement them anyway – despite their non-binding status – because the board recognises that they are good for the company in the long-term. And those that contest them usually do so by saying that they are already doing what the shareholder is asking for, further demonstrating that they believe in the long-term value of the cause.
Unfortunately, despite the statements of most companies and all investors, the Chamber, NAM and the BRT have wormed their way into the head of SEC chair Jay Clayton so that he now believes that reform is necessary. But, really, can we just move on? It’s time for a ceasefire.