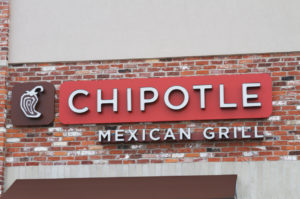 First it was executive pay, then board diversity, then separation of chair and CEO.

Then it was a stakeholder advisory committee, labour rights – bearing in mind that this engagement all started before the foodborne illness scares of 2015.

US asset manager ChangetoWin’s (CtW) engagement with fast food restaurant group Chipotle Mexican Grill has been going on for many years.

Founded in 2006, the CtW Investment Group works with pension funds sponsored by unions affiliated with Change to Win

In February this year, the National Consumers League, working with service sector trades union SEIU Local 32BJ, put out a report that seemed to show that Chipotle continued its lax attitudes to food safety for the sake of short-term profits.

Almost immediately, CtW’s Executive Director Dieter Waizenegger sent a letter to Chipotle’s lead independent director Neil Flanzraich, attaching a copy of the report and asking for a conversation, while also carefully pointing out that the report cites numerous Chipotle workers “being instructed to forgo food safety protocols in order to increase throughput”, including working while sick and being inadequately trained.

The letter goes on to say: “As we pointed out in our discussion with you in early 2017, Chipotle’s [2015] food safety crisis was inextricably bound up with restaurant operations and worker training…. [W]e expressed concern that if operational processes and the terms and conditions of work were not properly aligned with food safety goals, the result would likely be continued food safety incidents, making it all the more difficult for the company to restore its reputation….” At the time, CtW had urged the board to set up a Stakeholder Advisory Committee.

As CtW research director Richard Clayton told RI in an email: “We did not receive any response to the 2020 letter.” But this was only the last in a long line of engagements that started in 2014. CtW’s Chipotle engagement page opens with a 2014 letter protesting the company’s policies on executive pay following significant negative ‘Say on Pay’ votes in both 2012 and 2013. The letter cites the company’s then co-CEOs as being among the ten highest paid in the Russell 3000, with the group of named executive officers earning 40% more than the team at Coca-Cola, a far larger company. It also points to executives receiving un-relocated housing benefits 12 years into working for the company, a very poor or non-existent pay/performance connection and high levels of insider sales of stock ‘earned’ through equity awards.

Unsurprisingly, these practices led to another high ‘Nay on Pay’ vote in 2014. “Following the 70%+ vote against pay in 2014,” wrote Clayton, “the board did begin to scale back some of the more excessive parts of its program, particularly after Monty Moran stepped down as co-CEO at the end of 2016. In 2015, Chipotle’s ‘Yes on Pay’ vote was about 95%.”

Then in 2016, CtW wrote to Chipotle shareholders encouraging them to vote against directors Patrick Flynn and Darlene Friedman. Said the letter: “the Chairperson of the Nominating and Governance Committee, Mr. Flynn (18 years on the board), and long-time incumbent member, Ms. Friedman (21 years on the board), must be held accountable for failing to sufficiently refresh the board and failing to bring about… attentive, independent and diverse oversight of management…”.

After the food safety crisis, the board elected a single director with 17 years’ tenure to act as liaison, four directors were former directors or executives of Chipotle’s former parent company, McDonalds, “3 of 7 outside directors, including recent appointee Kimbal Musk, have strong ties to the Denver and Boulder, Colorado metropolitan areas where Chipotle is headquartered and where co-CEOs Ells and Moran attended college, respectively”, said Clayton. Despite lip service to board diversity, the board at that time was 100% white and 89% male. Finally, even though proxy access received virtually majority support in 2015, no effort had been made to implement shareholders’ demands.

Commented Clayton: “Votes against Darlene Friedman in 2016 were 9% of shares voted and, for Patrick Flynn, 29.6% against. Both were replaced before the 2017 meeting.” Chipotle finally adopted proxy access in 2016, noted Clayton, though with poor disclosure; it is difficult to know whether it implemented the ‘version’ of proxy access that shareholders asked for since the company does not describe it fully in the proxy statement.

Describing board refreshment and diversity, Clayton wrote that: “The board has been substantially refreshed at this point, but I’m not certain how much more diverse it has become. It currently has seven members, of whom five are men.” The company does not provide any disclosure on the ethnicity of its directors.

At the end of 2016, CtW also wrote to hedge fund manager William Ackman of Pershing Square Capital Management, one of Chipotle’s largest shareholders to try to recruit him into pressuring the company into making governance improvements. Clayton said they did not receive any response to its letter.

Describing other governance improvements and deteriorations, Clayton noted that CtW’s call for a director with human capital management experience led to the following actions: “Patricia Fili-Krushel was appointed in 2019, and heads a talent-focused think tank, after having served as an executive with several companies, including Chief Administrative Officer of Time Warner.” But he countered this with: “Essentially everyone else on the board is an investment banker or in private equity.” The lead independent director who spoke with CtW, Flanzraich, is a pharma executive.

On the chair/CEO split, Clayton said: “I believe that when Brian Niccol was appointed CEO, [former co-CEO] Steve Ells became an executive chairman, so the roles were temporarily split, but with Ells’ retirement they were recombined.”

And what is Chipotle’s attitude to its shareholders now? In response to RI’s enquiry about the majority-supported mandatory arbitration proposal at this year’s annual meeting, it said: “The Board will evaluate these results during its next meeting in September.”