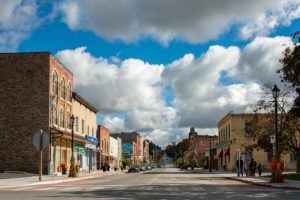 The Main Street Investors Coalition (MSIC) and its attacks on the shareholder proposal process have been ruffling a few feathers lately. Nell Minow, writing on the Harvard corporate governance blog, termed it an “’AstroTurf’ (fake grassroots) organization”. Andrew Ross Sorkin in the New York Times called it an organization “aimed at preventing investment firms from raising issues like climate change.”
The group has plenty of strings to pull, however. There was a Wall St Journal op-ed ‘Keep politics out of the boardroom’, a Bloomberg View ‘Religion and Politics don’t mix with investing’, another WSJ piece ‘If you want to do good expect to do badly’, a live Bloomberg interview ‘Taking steps to level the playing field for retail investors’. And finally, a piece in the right wing Daily Caller ‘Shocking New Evidence Shows Activist Resolutions Add No Shareholder Value’. This last, as Minow notes, was a write-up of research funded by one of the group’s backers, the National Association of Manufacturers (NAM), which does not share any interests with retail shareholders.
In the Daily Caller piece, the author, Nan Bauroth, an MSIC advisory council member, writes “an SEC survey found that companies report having to spend up to approximately $2,000,000 in inflation-adjusted costs responding to each proposal”.
Let’s take a quick look at the facts. The SEC – which notes that it has no empirical evidence on the actual costs – sent out a questionnaire in 1997 asking for some estimates of the costs related to the process.
The median ‘cost’ of including a shareholder proposal was $10,000, ranging from a low of $200 to a high of nearly $900,000. The average, reported by 67 companies, was $49,563. Challenging a shareholder proposal or proposals, using the ‘no-action’ process, also cost a median of $10,000, based on responses from 80 companies. The average was $36,603, and ranged from a low of $10 to a high of approximately $1,200,000. If you add the two highs, assuming that the company that paid the most for each was the same one, you do end up with $2.1 million (and if you adjust that for inflation you get $3.3 million).But it is not just the shareholder proposal process that is under attack from the corporate lobby groups.

Atkins says that the New York retirement funds – currently seeking to divest from fossil fuels and appealing a recent decision to dismiss its court case against five oil majors – had “environmental activist” funds that were “underperforming the overall funds’ returns by an average of 600 basis points over the last three calendar years”.
Atkins also refers to allegations by a former Republican Californian congressman Dan Lungren in an op-ed, shortly after similar ‘Oil is the new tobacco’ Californian suits were filed.

Lungren said that, while the suits were very specific about the costs of environmental damage caused by oil companies lying about climate change, bond issues from the same towns and counties attempting to raise money from investors were themselves vague about environmental damage.

I checked for language in the bond issues for New York, and they seemed very clear about the potential risks to investors in them, with all sorts of admissions about changing flood maps, damage from Sandy, and possible repeat damage from another hurricane like it.

In addition, the latest bond issue I looked at indicated that in March this year, the NAM sent a letter to the SEC asking it to investigate the possibility that the Californian municipalities and New York “had misleading statements or omissions in their respective bond official statements with regard to the impact of climate change on such municipalities”.
NAM, remember, is the same National Association of Manufacturers that is also funding the MSIC.

I first wrote about the MSIC before all this fuss back in May, where, among other things, I questioned the motivation of the group’s Executive Director, George David Banks, who was recently in the Trump administration working as the president’s Special Assistant for International Energy and Environment.
This flurry of anti-shareholder activity is just an extension of the kind of behaviour conducted by the Heartland Institute, which files shareholder resolutions on ESG issues to take advantage of the SEC rule that two resolutions on the same issue will not be allowed on the same proxy. But its real inspiration is likely to be the fact that some of the largest asset managers voted for a couple of climate change resolutions last year.

But it’s not as if BlackRock, for example, is politicising the shareholder proposal process.This is from their latest stewardship newsletter: “Where we have concerns that the board is not dealing with a material risk appropriately, we may signal that concern by voting against the re-election of certain directors we deem most responsible for board process and risk oversight. We vote against management (including re-election of directors) if the company is consistently unresponsive or seems not to be acting in the long-term interests of shareholders.” It’s hardly Das Kapital, is it?