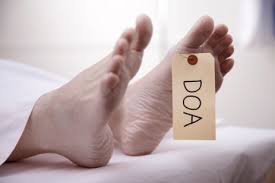 The Financial CHOICE Act, labeled the repeal of Dodd-Frank, or “’wrongCHOICE Act’ also known as the ‘badCHOICE Act’”, according to Sarah Wilson, CEO of proxy advisory firm Manifest, recently passed the US House of Representatives by a vote of 233 to 186 along fairly strict party lines. And now it is with the Senate. The Act’s major aim is to repeal “business killing” regulations put in place to prevent another financial crisis, along the way, of course, especially as it seems to have been written by the US Chamber of Commerce and the Business Roundtable (BRT), it also takes aim at the proxy advisory industry and the shareholder resolution process. As such it has called down the wrath of everyone from the CII to the tiniest activist shareholder. But what are its actual chances of becoming law? It’s unlikely to be rewritten in secret like Trumpcare, the chairman of the banking committee, Idaho Republican Mike Crapo, doesn’t work like that, but from many perspectives it has been variously described as dead in the water, dead on arrival, a no-hoper, so little chance of passing in its current form.
The Republicans have a two-vote majority, three if you count Vice President Mike Pence – the reason they can’t seem to pass anything – so at least some bipartisanship is needed here.
The Senate committee dealing with it, the banking committee, operates in a very different way from its equivalent, the finance committee, in the House.
Senator Crapo is much more interested in bipartisan efforts than his equivalent in the House, in finding common cause and collaborating. And there are some areas of common ground; for example, both parties might be interested in loosening restrictions on Community Banks that were put in place by Dodd Frank. But as for the dismantling of the shareholder resolution process, most observers seem to think that ranking member Sherrod Brown, an Ohio Democrat, for one, and Mark Warner, the Virginia Democrat, for example, would be offended by the anti-shareholder parts of the legislation. Retaining these items, it is predicted, would make passage of the Act unlikely. Another difference is in the way the two committees are referring to the Act. The House version was termed a repeal of Dodd-Frank, while the Senate has said it is more focused on its potential for economic growth.
So, unlikely to pass in its current state, but when will it receive consideration? It is thought that the committee is unlikely to be able to pay much attention to it until 2018; other issues are ahead of it on the agenda, such as flood insurance and deliberations about government sponsored entities, such as Fannie Mae and Freddie Mac. In addition, some elements that are aimed at repealing Dodd Frank, such as reducing stress tests for banks, could be dealt with by the Treasury and/or the Fed without resorting to regulation. Finally, there is a lot less pressure to pass this legislation than there is legislation surrounding healthcare and taxes.

For an inside view, I checked with my local senator in Maine, the former state governor Angus King. He wrote: “In its current form, I think the Financial CHOICE Act is weighted too heavily toward provisions that would loosen rules and lift regulations on larger banks. I would prefer to see a regulatory relief bill laser-focused on reforms for the small banks and credit unions that did not contribute to the financial crisis and yet continue to pay for it in the form of high regulatory compliance burdens that may stifle community lending. If, and when, the bill comes before the Senate, I intend to closely review its provisions before making a final decision, but I would be unlikely to support it in its current form.” King, an independent, caucuses with the Democrats, so that did not come as a big surprise.Manifest’s Wilson noted that, with the CHOICE Act in combination with the JOBS Act, giving rights to roll out IPO data privately, means that the “US market is lurching towards zero public accountability and highly constrained private accountability”. She continued: “The Shareholder Resolutions component from our perspective is really a relatively small part of the overall job of analysing agendas. I would definitely say that the shareholder resolution process could be improved, no doubt about that. There are too many resolutions which are similar but subtly different. If the US had a more coherent and accountable framework for public policy development (i.e. a governance code and a stewardship code) then there would probably be fewer of them.”
I also checked in with Pat McGurn, special counsel to proxy advisor ISS, because one result of the Act – apart from making it virtually impossible to run a proxy advisory business – might be some diminution of work if there were no more shareholder resolutions. McGurn said that, in contrast, the Financial CHOICE Act might result in additional work for the firm because legislators should “be careful what they ask for, because you may actually get it.”
I was surprised by this reaction so asked where this additional work might come from. “This could morph into vote ‘no’ campaigns on specific issues, against boards of directors, chairmen of committees, that could potentially be more activity that we have to cover. It wouldn’t be a straightforward shareholder resolution, but a contested election.

“Rather than decrease the amount of activity it could actually increase it, or at least shift it to a different arena. Also any proposals that we would likely see coming in from very large investors would be in the form of binding bylaw resolutions, a sort of shareholder proposal on steroids, which require a large amount of due diligence because they would, if successful, become part of the governing documents.” As for any other type of shareholder resolutions…: “It would definitely eliminate most of the volume that we see,” said McGurn.
I asked whether that would not lead to less work and, potentially, less need from investors for ISS analysis. “In terms of the impact on our business, probably not much,” he said. “If you think of the Russell 3000 universe of companies, we are talking about 18,000 director elections, all the Say on Pay resolutions, ratifying auditors, all the stock plan proposals. Yes, there are a couple of hundred shareholder resolutions on the ballot each year, but it’s sort of a drop in the bucket in terms of the volume of what institutional investors have to vote on.”
In light of the shifting ground of recommendations on shareholder resolutions, I asked how the firm would understand what its clients wanted it to do. “In an era without shareholder proposals,” McGurn replied, “we would certainly ask our clients through surveys if they wanted us to recommend a vote against the nominating committee chairman if a company didn’t have proxy access. Based on the response we get, that could lead to a lot more recommendations against boards. If an institution put a guideline in place that said it would vote against the chair of the nominating committee in each case if there were no proxy access bylaw, that would result in thousands of negative votes. This could be opening a Pandora’s box.”
In response to a question about the Chamber’s and the BRT’s involvement in drafting the bill, McGurn responded that it certainly would seem to stop the “gadflies” in their tracks. So I asked him whether he really thought that the motivation behind raising the threshold of ownership for filing a stockholder resolution was really aimed at them.

“Absolutely. Those large cap companies really do not like having to deal with the Cheveddens, the McRitchies and the Steiners of this world.” I noted that some of the proposals filed by the so-called gadflies had achieved success, and McGurn agreed saying even if you go back to Evelyn Davis, if she picked the right issue, she also received majority support for some of her resolutions.

Wilson steered her comments towards the CHOICE Act’s proposed regulations for proxy advisors – something that the new chair of the SEC, Michael Piwowar, is considering outside the Act’s proposals. “The wrongCHOICE Act is really a symptom of a very broken system, the attacks on proxy advisors are really attacks on investors – the critics of investors don’t actually have the courage to say what they want to say because of course they rely on continuing good relations with investors at one level.” But she did suggest some possible solutions to the issue: “We would certainly like to see ICGN and PRI step up its activities in this market – it can’t just be left to CII on their own, no matter how excellent their work, they do need to be championed by other markets. US equities represent such a significant percentage of global assets that it represents a systematically important consideration that the market is as hygienic as possible.”McGurn continued his warnings: “Shareholder resolutions are a tool, and if you take that tool away, things will morph over into the use of engagement, ‘no’ vote campaigns and also binding proposals,” warned McGurn. Then, looking on the bright side for a moment, he said: “If you look at our business, fewer proposals mean less cost for us but within a couple of years or less that slack would be picked up by these other forms of activism that could arguably be a lot more time-consuming.”
I don’t think that’s the result that the chair of the House finance committee, Congressman Jeb Hensarling, was looking for. Hensarling has not seen much success in pulling off legislation in his career as committee chair. Because of term limits, he will be removed from his chairmanship position in 2018. The Act is widely described as ‘his baby’, so it is strongly predicted that he will push hard next year for its passage in some form, at least. And while he may have a friend in Donald Trump, his friends in the Senate are not in the majority.