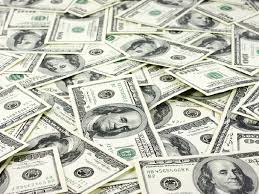 As You Sow’s latest report, The 100 Most Overpaid CEOs: Are fund managers asleep at the wheel?, seeks to focus not just on CEOs whose performance does not justify the size of their pay package, but also on the fund managers who enabled this excess and those who voted against it. It also identifies a number of non-executive directors who sit on the remuneration committees of two or more of the overpaid CEOs.
In order to determine which CEOs were overpaid, one of the partners in the production of the report, HIP Investor, ran several statistical analyses of financial performance and executive pay in the S&P 500. These analyses identified a “best-fit line for predicting pay based on performance”. This was compared to actual pay, to see how much the package exceeded the prediction. Companies were then ranked in order of excess of pay over performance. For example, the highest paid CEO in the sample, David Zaslav at Discovery Communications, was overpaid by $140 million based on his performance. While As You Sow does not believe that total stockholder return (TSR) is the metric by which CEO performances should be measured, this was the measure chosen as it is the most widely used. Other factors were also used to help rank the CEOs, these included: disconnect between a range of performance measures and pay, overpayment compared to peers, excessive non-performance-related pay, and high pay v. sustainability concerns. Thus the list of 100 most overpaid CEOs was based on a strict statistical analysis equally weighted with a qualitative analysis from a very wide range of sources in addition to As You Sow’s own analysis.
There are, inevitably, many repeat offenders. Of the 25 most overpaid CEOs, 11 companies appeared on last year’s As You Sow list. These included CBS Corporation, Chipotle Mexican Grill, Comcast, Discovery Communications, Exxon Mobil, Honeywell International, Oracle, salesforce.com, and Viacom; a disproportionate number of media companies. Of the 100 companies with the most overpaid CEOs, there are 66 repeats from last year.
While there was a significant minority of companies in the list with unequal voting rights, where public shareholders had either no or limited voting power with their shares, only nine companies out of 100 were not subject to a meaningful Say on Pay vote. Using data from CookESG Research’s Fund Votes, the report takes a look at the voting practices of a large number of mutual funds, public and private pension funds, labour funds and foundations.Of the mutual fund families with the highest level of opposition to the 100 overpaid CEOs’ pay packages, three are SRI funds: Domini, Calvert and Pax, which opposed 100%, 87%, and 61% respectively. While some less well-known funds supported every single overpaid CEO vote (Calamos, Steward and TCW), support was also extremely high among some very well-known mutual funds, including some that have been vocal about opposing poor pay packages. Blackrock, Vanguard and even TIAA–CREF [since renamed TIAA] supported 97%, 97%, and 96% of the 100 overpaid CEOs respectively.

Compared to the SRI funds, opposition among any of the large mutual funds was much lower, though Dimensional and Charles Schwab clocked in at 46% and 35% respectively. Even JPMorgan voted against 21% (the same as Fidelity), and Goldman Sachs against 12% of the time. Opposition to excessive pay is growing among some of these funds. Dimensional’s level of opposition almost doubled over the last two years, as did opposition at SEI. In contrast, Vanguard’s opposition dropped from 15% in 2014 to just 3% in 2015.

In addition to the three SRI funds already mentioned, Trillium/Portfolio 21 opposed the pay packages of the most overpaid CEOs on 75% of occasions. In contrast to its activism elsewhere, Boston Trust and Walden Funds opposed these pay packages on only 23% of occasions. And Parnassus opposed only three of the 15 resolutions it voted on.
Unlike mutual funds, public pension funds are not required to disclose their voting records, though many do. As You Sow managed to collect voting information on only nine such funds for last year’s report, but has expanded this to 32 this year. CalPERS, for example, now discloses all votes for the more than 10,000 companies in its portfolio. Other funds, in contrast, issued multiple 90-day delays to As You Sow’s open record requests.
The two highest levels of opposition among public pension funds to last year’s overpaid CEOs were by Canadian fund British Columbia Investment Management and Chicago Teachers at 76% and 73% respectively. The Florida State Board of Administration was not far behind with 70% opposition. New York City Retirement and New York State Common both opposed more than half of the pay plans, while CalPERS and CalSTRS tied at 47% votes against. The lowest level of opposition came from New Mexico Public Employees, at only 8%. Opposition overall among public funds increased compared to 2014.

Opposition among union funds was, predictably, pretty high. AFL–CIO and Amalgamated Longview voted against the excessive packages 74% and 76% of the time. Among foundations, the Nathan Cummings Foundation also voted against 76% of the time.
Proxy advisory firms were mixed in their advice. ISS and Glass Lewis only recommended a vote against 20 and 32 companies respectively. In contrast, Proxy Impact recommended against 86% and PIRC against 94 of the companies.As You Sow also singled out multiple-remuneration committee offenders. Gordon Bethune serves on the board of two overpaid CEOs, at Honeywell International and Prudential Financial. Maynard Webb serves on the boards of Yahoo! and salesforce.com. Retired Johnson & Johnson CEO William Weldon serves on the boards of three overpaid CEOs at CVS, Exxon Mobil, and JP Morgan. Link