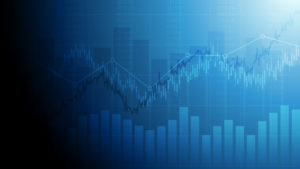 If companies had heeded advice that came out in autumn, last year, all this kerfuffle about ‘what are we going to do…we’re never going to hit those performance targets because of the pandemic’ that not just US executives, but executives everywhere, are worrying about, would be irrelevant.

The vast majority of executives in the US and Europe are rewarded over the long-term with stock that they earn based on meeting certain performance targets; typically called performance shares or performance stock units (PSUs).

This pay approach is endorsed by virtually every compensation consultant, company board, proxy advisor, and even most investors. It is supposed to ensure that executives are only paid well when the company outperforms its peers.

Except it doesn’t work out that way.

Just look at the dance around changing performance targets that resulted from the collapse of the financial markets that began in the spring.

If boards had dropped those PSUs and just awarded restricted stock – that vests over time and simply requires the executive to remain with the company to earn – no one would be worried about what shareholders might say at next year’s annual meeting when the board has to answer questions about why executives earned their shares without meeting their targets while firing thousands of employees.

After all, haven’t stock markets returned to pre-pandemic levels and wouldn’t those restricted shares be worth as much as they would have been before?

Despite warnings, however, little appears to have changed.

In September last year, the US Council of Institutional Investors revised its executive pay policy to suggest that “firms explore adopting simpler plans comprised of salary and restricted shares that vest over five years or more”.

The change in policy was taken because of research, for example from MSCI, that questioned whether there was any relationship between company performance and executive pay. As there didn’t seem to be, the CII suggested that some companies might want to make some changes.

A month later, unsettling research by Marc Hodak of Farient Advisers published in the Journal of Applied Corporate Finance said that the rise in the use of performance shares or PSUs that has been driven by shareholders and proxy advisors is actually detrimental to shareholders, costing them more money and delivering poorer performance than if companies had stuck with restricted stock or stock options.

The study looked at relative total shareholder return (TSR) during three-year periods over the last ten years from 2009 to 2019 for S&P 500 companies that awarded PSUs versus those that awarded solely time vesting equity. Companies with PSU plans underperformed their sector peers, while companies making straight grants of restricted stock or options outperformed their sector peers in every three-year period.

In addition, grant date values of PSUs are 35% higher than those for other forms of equity, meaning that, even at target performance, PSUs cost shareholders more money. This higher target value is typically explained by a ‘risk premium’; the shares are more at risk of not being earned so executives are compensated for this risk by being awarded more shares.

Hodak’s aim with the study was to find out if PSUs are worth it and actually paying off through better performance.

He told RI: “My initial intent in the research was to focus on how complicated these plans were. They are the most complex part of performance pay and I wasn’t sure that shareholders were getting any value from this complexity. When I set out to do this research I would have been happy to find that there was no performance advantage to the use of PSUs. I would’ve been happy to say if you’re not getting anything for it why are you forcing companies into such complexity?”

But, he says, it was worse than that.

“I was quite surprised to find that there was a detriment to performance.”

In trying to explain this apparently non-intuitive finding, Hodak hypothesised that, like other incentives, PSUs were causing short-term behaviour among managers. “Then again,” he said, “when you look at bonus plans over many years at many companies you find that there is little relationship between how managers are being paid and the performance of the company. And that’s where I came up with this explanatory hypothesis of short-termism. Whatever the explanation is, shareholders hoping to get their money’s worth may very well be being penalised.”

I asked Hodak whether the requirements that performance shares are retained after vesting might not mitigate the effects of short termism? In addition, I noted that PSUs generally employ overlapping performance periods (such as rolling three-year periods).

Wouldn’t that mean, I asked, even though you're getting to the end of one performance period, if you maximise the probability that you will receive a larger amount of shares by engaging in behaviour that might damage longer-term performance, wouldn't you also be damaging your ability to earn the maximum number of shares at the end of the next performance period?

Hodak agreed that it was a reasonable assumption that there was some mitigation, but added: “The short-term behaviour is difficult to disentangle from the long-term behaviour that is engaged in by people who are exposed to a company’s stock. But this makes it even more difficult to understand why people who are using performance shares are exhibiting poorer performance. The short-term behaviour must be so detrimental that even the mitigating effect of prospective share ownership is not enough to offset it.”

Figures in the report show that over the last three performance periods the performance differential between those using or not using PSUs is declining. I asked if this had been affected by the fact that there is a much smaller sample size for those not using PSUs than was the case in the past? Hodak agreed that that might be a factor. At the beginning of the performance periods that were being measured, about half of the companies in the S&P 500 did not use PSUs, but for the most recent period, the number of companies that had no PSUs was only 58, while those that had significant PSU usage was 385. Back in 2009, those numbers were 162 and 197 respectively.

I also asked Hodak what evidence he had for shareholder support for the use of PSUs; a point the paper makes on several occasions.

“It's not universal,” he said, “but we regularly hear from shareholders that they have a preference for performance shares, and ISS wouldn't have made it such a strict standard if they hadn’t been hearing that from clients. The rationale,” he continued, “is that if you just award managers restricted stock, you’re just giving it to them. Whereas with PSUs, you’re making managers earn it. But even restricted stock is not entirely without a performance element.”

The survey notes a white paper by Norges Bank which declared a preference for non-performance related equity awards back in 2017. Since then, said Hodak, there has been a significant fraying of opinion about the virtues of performance shares.

Whether the short-termism hypothesis turns out to be correct or not, the finding that PSUs lead to worse performance should cause not just shareholders but compensation committees to change course.