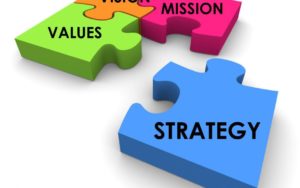 There was a general feeling in the RI office that US proxy advisors were “more on the front foot this year”. Perhaps this is surprising given the attack on their industry by the Financial CHOICE Act and the Texas House Bill 2382, or perhaps it is their way of sticking it to the regulators in advance of having their teeth drawn.

There was some evidence of the “front foot”. First at ISS, there was the ISS Analytics webinar from independent banking analyst Mike Mayo which said that: “Banks need to narrow the ‘governance gap’ – the difference between the interests of shareholders and the actions of management – and more clearly demonstrate governance-as-tied-to-performance.” Its report on CEO pay released under the headline: As 2017 Filings Pour in, U.S. CEO Pay Hits Record Levels. Then there was a welter of releases from a PR firm touting ISS’s support for lobbying disclosure proposal at Royal Bank of Canada’s (42% support), for a proposal on Global Indigenous People’s Rights at Wells Fargo, for a proposal calling on Newmont Mining to conduct a human rights risk assessment, and then, most dramatically a recommendation to vote to oust almost the entire board of directors at Wells Fargo, including the chairman Stephen Sanger, citing a “sustained breakdown of risk oversight” at the bank.

Then Glass Lewis’ series of Proxy Talks on a contested election at Vale S.A., a contested meeting at Petrobas, on the NYC Comptroller’s Vote No campaign at NRG, and another devoted entirely to climate change-related proposals.

Said Aaron Bertinetti, Glass Lewis’ Senior Vice President of Research & Engagement: “We have been putting together Proxy Talks after seeing where our clients are focused. If there is an unusual or ‘out there’ issue where we think additional insight is valuable, for example the eligibility to vote in Brazil, we want to inform the market on the details.”

In addition, Glass Lewis had also come out very strongly against the Texas Bill. Finally, though not quite as dramatic as ISS, Glass Lewis recommended votes against six members of Wells’s 15-member board.

Said Pat McGurn, ISS Special Counsel, on the difference in recommendations between ISS and Glass Lewis: “When risk oversight problems come to light we take a close look at both the discovery phase – ‘What happened before the scandal came to light?’ and ‘What did the board know and when did it know it?’ —and then the recovery phase – ‘What did the board do about the issues after they came to light?’

“The 12 directors who drew negative recommendations all served on one or more of these committees. In these ‘vote no’ campaigns we do try to match directors with the problems.”

But I spoke to both firms to find out what was going on, to be met with the unanimous response: that it was not they who had changed but proponents.

“ISS has been fairly consistent in our approach to E&S issues over the last several years,” said McGurn.“What appears to have changed are external factors. Proponents have got better at focusing on E&S risks at targeted companies. Their ‘asks’ are less prescriptive. They typically focus on improving the quantity and quality of risk-related disclosures. As such, their proposals are better geared towards long-term shareholders.

“There’s also been a seismic shift on E&S issues at institutions such as at State Street and BlackRock: witness the letters that these big investors sent to their portfolio companies at the outset of the season. Also, after the election, some investors might feel that private ordering is more important. Some of them appear to be saying: ‘If there’s going to be less call for greater disclosure from government, perhaps we need to do it ourselves.’ But I really don’t think that our policies changed much on the key issues.”

“The fact is, shareholder proposals have got a lot better,” said Bertinetti. “The quality of proposals has gone up immensely; it’s a very critical factor in our support.

“For others, the social or ethical impact of a proposal is more important, but we need to have it make commercial sense as well. If a proposal makes its case and has a compelling rationale, then we will recommend support.

“We’re also looking to see if it makes a good case that adopting it would not put the company at a commercial disadvantage. There has been a general increase of sophistication amongst US shareholders (in the ESG space) – partly because of the influence of the global investment market.

“And there has certainly been a domestic acceleration of concerns around ESG. Proposals are also using much better data for what used to be qualitative but is now becoming quantitative and material to the fundamentals of investing. And clients are demanding more clarity.”

McGurn said: “There hasn’t been a major change to ISS’s approach to E&S proposals under our Benchmark Policy in recent years. Virtually all of our specific E&S policies rely on a case-by-case analysis of the individual facts and circumstances surrounding each ballot item with the focus on long-term, sustainable value creation and risk mitigation.

“While we may tweak our approach to individual issues as part of our annual policy process — based on feedback from clients or new empirical research — and we develop analytical frameworks to address ‘new’ issues or ‘novel’ approaches to more mature subjects, consistency in approach tends to be the hallmark of our research process.

“Year-to-year fluctuations in ‘For’ and ‘Against’ recommendations, if any, tend to reflect proponents fine-tuning their ‘asks’ and their proposal targeting and/or enhancements by individual issuers to their disclosure and investor-engagement practices.”

The message from Bertinetti was the same: “Our policy has not changed that much. The only change has been on gender pay equity. When we saw the eBay vote move from single digits to majority support in a single year we decided that it was necessary for us to have a more explicit policy about the issue.

But the same principles were applied as we apply to any ESG concerns.

I suggested to Bertinetti that, while policies have changed little, it seems that shareholder proposals have shifted from claiming that ‘it’s just a good thing’ to ‘it’s a good thing for business’ and that this shift has led to better outcomes and support has increased.

“There has been a long history of integration and engagement in the UK, Europe and Australia. We’re in the teenage years of this in the US.” Bertinetti also echoed McGurn’s comments on the political climate.“But it’s evolving rapidly in reaction to the political situation and the move toward stewardship, such as the Investor Stewardship Group (ISG).” The ISG is a new collective of some of the largest US institutional investors and global asset managers, whose framework comes into effect on January 1 2018.

He continued: “There’s been a clear signal from the market that the government isn’t going to do anything and there are going to be less regulations, so we as owners must set guidelines and principles for what we expect from ourselves and the companies we own. There’s also been the successful creation of new norms by investors. For example, last year almost two-thirds of the expected proxy access proposals never needed to go to a vote.”
Either way it’s a win-win for shareholder proposals, as long as you can still file them.