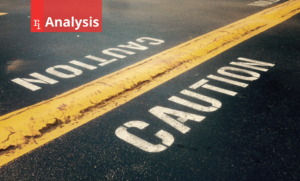 “Tin foil hat territory”, “It’s just disgusting”, “co-optable and co-opted agency”; the SEC has not been getting good press in comments to RI lately.

But that’s nothing compared with a new 30 April, 14-page comment letter, signed by the Interfaith Center on Corporate Responsibility, the Shareholder Rights Group, Ceres, Boston Trust Walden, US SIF and AFL-CIO, that includes five pages of ‘illustrative comments’ – as the letter euphemistically describes them – culled from the thousands of letters sent to the SEC protesting the proposed rules on shareholder resolutions and proxy advisors.

If press reports are to be believed, the SEC is considering making changes to its initial recommendation that companies be given two chances to review proxy advice before it is sent to the clients who have paid for it. The SEC is neither commenting on nor confirming such reports: “Staff is considering all comments received as it prepares recommendations to the Commission,” said a spokesperson.

However, the press reports should come as no real surprise to those who read Commissioner Elad Roisman’s speech to the Council of Institutional Investors (CII) in March, that led to the tin-foil hat comment from Patrick McGurn, Special Counsel and Head of Strategic Research and Analysis at ISS. Roisman signaled in the speech that he was already willing to listen to commenters’ objections to the so-called ‘pre-review’ of proxy advice.

In the same speech, Roisman talked about the possibility of introducing a ‘speed bump’. This concept represents “a time period during which the proxy voting advice business would have to disable any automatic submission features in order to be eligible for the relevant exemptions”. In other words, proxy advice would go out to clients and companies at the same time, but the implementation of clients’ voting instructions would be delayed, giving companies the opportunity to submit comments, which would then be passed on to clients, leading, potentially, to them changing their voting instructions.

While there appears to be some dispute about whether the speed bump was included in the SEC’s original proposal, even the most cursory examination of Roisman’s speech shows him referencing very clearly, by page number, the sections of the proposed regulations that discuss the concept. It is clearly set out under ‘Reasonable Alternatives’.

The short answer is, we don’t.

So, what is the real purpose of the speed bump? The intended target – the clue is “automatic” – would appear to be the so-called “set-it-and-forget-it” mechanisms, the fantasy shareholder ‘robo-voting’ that is the target of the industry trade groups that have been trying to muzzle proxy advisors for the last twenty years and more.

It is a target that has no basis in reality.

It has been said before, but clearly needs repeating: pre-population of voting decisions is almost universally based on clients’ own proxy voting policies, not on voting advice provided by proxy advisory firms. That is simply not how the vast majority of investors use proxy voting advice. This fact does not prevent the US Business Roundtable, the US Chamber of Commerce and the National Association of Manufacturers from sniping at this imaginary bugaboo. This misunderstanding of the way the business works used to be less important when these special interest groups did not have the SEC in their pockets; but now they do, it is a real threat.

Will this endless battle between the corporates, now aided and abetted by the SEC, and shareholders and their proxy advisors ever resolve?

Not only that, but while the US economy is in free fall because of the pandemic, there is actual concern that the current administration may not be re-elected; that means there is real urgency to implement the regulations before the November US Presidential election.

While the largest proxy advisor ISS did not want to comment until the SEC managed some clarity around the developments, it should be remembered that there is an outstanding lawsuit filed by the firm against the SEC questioning the Commission’s ability to reclassify proxy advice as proxy ‘solicitation’. The suit is on hold until the SEC announces its final ruling.

Nichol Garzon-Mitchell, Glass Lewis’ general counsel, said: “We are encouraged that the Commission seems to have moved away from the proposal to grant companies pre-review of independent proxy advice, which would have  resulted in operational issues for proxy advisors and their clients.  Nonetheless, we remain concerned about some of the alternatives the SEC may be considering in its attempt to regulate how shareholders receive advice and exercise their voting rights.” Garzon-Mitchell also warned about  time-sensitivity and criticised significant adverse consequences for investors. He concluded: “If the Commission believes further regulation is justified, we strongly encourage that its reasons and the details of the proposed new approach be exposed and vetted through public comment.”

The comment letter from the investment group also addressed the proxy advisor regulations, noting that: “The fact that proxy advisors have gotten the attention of corporate managers, and that some of those managers would prefer that investors not have access to expert, independent research and analysis, is a sign that the analysis is independent….” And, like Glass Lewis, and McGurn in his comments in an earlier article, the investor group voiced concerns over “the Commissioner’s suggestion of other measures that he personally is considering but that have not been vetted publicly and do not appear to be a logical outgrowth of the original proposal”.

But the main focus of the comment letter is a sustained attack on the SEC’s proposed regulations limiting the ability of shareholders to submit resolutions. It is of some concern that a major and representative group of shareholders feels it necessary to remind the SEC of its own function: “We are keenly aware that the SEC’s role and mission is to be the investor’s advocate….”

Nor does it hold fire on the business groups that are clearly behind the SEC’s current proposals: “We believe the true, but unexamined, impact of the proposals is to accommodate these trade associations’ desire to relieve corporate executives from accountability to investors by making it more difficult for shareholders to file proxy proposals on environmental, social and governance matters and by making it riskier for proxy advisors to disagree with corporate management preferences, in particular when it comes to challenging executive pay.”

And the end result of the proposals would be to “harm investors and impose net economic costs for the benefit of a narrow special interest group of corporate executives.”

Will this endless battle between the corporates, now aided and abetted by the SEC, and shareholders and their proxy advisors ever resolve? It seems unlikely, even if one side or another fully prevails. A compromise would likely not satisfy either party.

But let us get a couple of things straight…yet again. The cost of accepting a shareholder proposal on a proxy statement without challenging it is somewhere between zero and negligible. If a company disagrees with what a proxy advisor says, that is called a difference of opinion not identifying an error of fact.

But these truths aren’t what the endless war is really about. Too many senior executives are simply unused to people saying ‘no’ to them – just watch congressional enquiries to see how much – and the real reason for the war is that these shareholders and proxy advisors challenge their assertions. And they don’t like that.