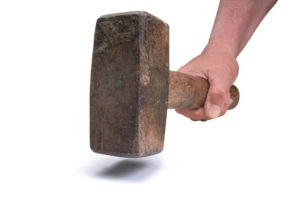 This was the characterization of the SEC’s proposed rules regulating proxy advisory firms and shareholder proposals given by Commissioner Robert Jackson. But, demonstrating that it is indeed in the thrall of the business community, the SEC voted 3-2 to support proposed rules to fix proxy advice and shareholder resolutions that around 90% of its proxy roundtable told it were not broken.

At the hastily arranged open meeting yesterday, some say arranged to offset the suit filed by ISS against the Commission last week (see below), SEC chair Jay Clayton gave a paean to the so-called main stream investors who allegedly wrote to the SEC, in the lead up to its November proxy plumbing debate, in ‘horror’ at the outsize influence of proxy advisors and the hijacking of the shareholder proposal process to support political and social agendas. It seems incredible that the chair of the SEC continues to believe that these robo-investors, as I have described them, represent a cross-section of retail shareholders rather than a special interest group recruited by the Main Street Investors Coalition themselves. But ‘believe’ it he does. And they were made the basis of the proposed rule changes.

The proposed rule changes for proxy advisors intimate – doubtless in response to the lawsuit – that exemptions provided to proxy advice so that it is not considered proxy solicitation may not be allowed in the future. The proposals also cover the disclosure of ‘conflicts of interest’, in other words, ISS’ Corporate Solutions and the ownership of Glass Lewis by Canadian pension funds, but also whether a client has filed a shareholder resolution that any of the advisers are recommending a vote on. This last will soon be moot since the proposal rules described below may make it impossible to file a resolution or even make a vote recommendation on. But these alleged ‘conflicts’ are already voluntarily disclosed by proxy advisors.

In addition, the rules propose that companies have not one, but two opportunities to review the proxy voting advice pertaining to their annual meeting to correct any ‘factual errors’ or ‘methodological weakness’ and that the proxy voting advice finally published – if they manage to get it out prior to the annual meeting – contains a hyperlink to a company’s objections. The rules recognise that both main proxy advisors in the US – it rarely mentions the fact that there are other proxy advice firms – already have such feedback systems in place, but it deems them insufficient.

The amendments to the shareholder proposal rules are, if anything, even more draconian. The current requirement, that a proponent own at least $2,000 or 1% of stock to be eligible to submit a proposal, is replaced by the requirement that they own at least $2,000 worth for at least three years, $15,000 for two years, or $25,000 for one year. It goes on to fiddle with the ‘representative’ rule that attempts to make it more difficult for representatives of proponents to file resolutions. They also suggest rules for proponent availability for meetings with the company. Since most resolutions are a last ditch attempt to get the company to listen to its owners, this last rule would seem hypocritical at best and insulting at worst. It also attempts to limit proposals to one each. Resubmission thresholds are similarly increased from 3%, 6% and 10% for proposals submitted once, twice or three or more times in the last five years, to 5%, 15% and 25%, respectively. It also adds a further exclusion rule for proposals that have been previously voted on three or more times in the last five years, even if it got 25% support. In this instance, if it received less than 50% of the votes cast and saw a decline in shareholder support of 10% or more it can be excluded.

Comments by Commissioners Elad Roisman and Hester Peirce merely parrot Business Roundtable, National Association of Manufacturers and Chamber of Commerce thinking on these issues – so much for the Statement on the Purpose of a Corporation – and Chair Clayton’s position.

In contrast, commissioner Robert Jackson presented data – for which he received several handslaps for not providing it earlier, although the proposals are subject to a comment period – noting that the proposed rules would have removed 40% of proxy access proposals from the ballot after three tries—and would have kept them off for three years, thus preventing such ideas from, as he says, coalescing in shareholders’ minds. The new resubmission thresholds would have also excluded more than half of proposals attempting to limit CEOs’ ability to sell stock they had received as compensation. He also noted that “today’s proposal simply shields CEOs from accountability to investors” and that the proposed rules do not discuss the costs and benefits of removing shareholder proposals from the ballot.Again, Commissioner Allison Herren Lee notes that data that proves there are so many factual errors to warrant a rule change is missing (ISS has a less than 1% error rate, all you needed to do was ask). She also notes that companies will have more time to review proxy advice than the proxy advisors will have to
it, that the rules are completely one-sided in terms of increased costs to be born, and that the proposal will “reduce quality, and at worst, make voting [by] shareholders not viable”. While questioning the need for the rule, she also questions why companies have been given the right to a double review of proxy advice but the shareholder proponents whose proposals are the subject of recommendations have not been. She points out that the increase in the ownership threshold from $2,000 to $25,000 is an increase of 1000%. And, again, she points out the hypocrisy in the numbers for resubmissions: “For shareholders to get from the first to the second resubmission threshold, they must show a 200% increase in support. A 199% increase? Not enough to move forward. A 10% decrease? Sufficient to block resubmission.” She also questions the proposals’ analysis of the effect of these changes since it looked at a limited subset of proposals and concluded that it would block between zero and 56% of proposals. Between zero and more than half? That’s quite a margin of error. Surely better analysis must be available. Both Jackson’s and Lee’s statements call for evidence to support the need for a rule change – evidence that is not present – indicating that “we haven’t done anything since 1954” is not a good enough reason.

ISS sues SEC
The germ of the lawsuit that was filed last Thursday by ISS against the SEC is contained in two comments that I quoted back in August when the SEC first promulgated its new – and I was right to sandwich it between inverted commas – ‘guidance’. Commissioner Hester Peirce said in support of the release: “we are not building a new regulatory regime, but are explaining the contours of an existing one to help investment advisers and proxy advisors carry out their responsibilities.” Commissioner Allison Herren Lee disagreed. To paraphrase, she said advice from the Commission that investment advisers ‘should’ do something, actually means that they ‘must’ do it, in this heavily regulated industry.

ISS’s suit, filed in the federal district court in Washington, D.C., claims that the SEC’s interpretative guidance was unlawful and should be set aside for three reasons. ISS’s press release on the filed suit says that the guidance exceeds the SEC’s statutory authority under Section 14(a) of the Exchange Act and is contrary to the plain language of the statute. The distinction is between the provision of proxy advice which ISS says is not proxy solicitation and cannot be regulated as such. A proxy adviser offers independent advice and research to its clients, who are soliciting its advice rather than the other way around, about how to vote their shares based on the proxy voting policy guidelines they either provide or select. In contrast, a proxy solicitation urges shareholders to vote a certain way in order to achieve a specific outcome in a shareholder vote. According to the suit: “The text, purpose, history, and structure of the Exchange Act and Advisers Act all confirm that proxy advice and proxy solicitation are fundamentally distinct activities that are regulated in different ways. The SEC lacks authority to regulate proxy advice as though it were a solicitation, and its holding otherwise in the Proxy Adviser Release is contrary to law.”

Finally, the guidance must be set aside because: “The guidance is arbitrary and capricious because, even though it marks a significant change in the regulatory regime applicable to proxy advice, the SEC has denied that it is changing its position at all. The agency has thus flouted the basic requirement of reasoned decision-making that it at least display awareness that it is changing its position.”