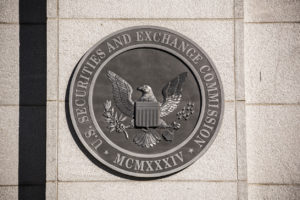 In early December, RI published an article outlining the latest developments in companies requesting the SEC to take ‘no-action’ if they omitted shareholder resolutions from their proxy statements.

In the past, the SEC would respond to such company requests and arguments, as well as shareholder responses, by letter; and those letters would be posted to existing ‘no-action’ requests here. But observers would be hard pressed to find the outcome of any dispute on this web page any more. In September last year, the Commission announced that “staff may respond orally instead of in writing to some no-action requests”.

An examination of the page where such announcements are now to be found, finds that for only five of 13 requests did the Commission respond with a written answer. In all the other cases a verbal response was made.

These ‘answers’ reveal that the SEC was “unable to concur” with only three no-action requests; in other words, the Commission agreed with all but three of companies’ no-action requests. The first two of these are the lobbying expenditure proposal at Disney and the freedom of speech proposal at Apple that were discussed in the earlier article. Both of these decisions were communicated verbally. Only the decision at Wheeler REIT received a written response.

Timothy Smith, director of ESG Shareowner Engagement at Boston Trust Walden, said that he thought the chart was helpful as a “one-stop shopping resource”. But it did not answer any questions as to SEC policy regarding responses to no-action letters. “It is still not clear how often they would send an actual letter to proponents and companies and when they would just use the chart,” he said. “So the future is unclear.”