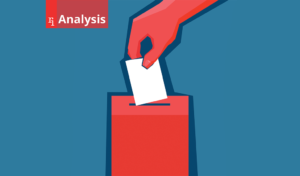 The number of majority-supported shareholder resolutions this proxy season should be enough to make certain US Securities and Exchange Commission (SEC) commissioners eat their words.

Commissioner Hester Peirce, at the same presentation, said: “I live in a condo building, so I have lots of opportunities to observe attempts to make the collective pay for things that only matter to a few.”

From a high of almost 80% support for a resolution calling for disclosures on human capital management at auto parts company Genuine Parts to 51% support for a proposal asking for a report on mandatory arbitration at restaurant chain Chipotle Mexican Grill, the latest crop of majority supported shareholder resolutions indicates a remarkable level of success for proponents.

It indicates buy-in from some asset managers who have resisted voting against management in the past.

Heidi Welsh, executive director at US shareholder research firm Si2, who provided the list of the majority-supported resolutions, said: “The question will be whether what companies do is really enough to sufficiently respond to the challenges highlighted by the resolutions. Clearly not enough is being done to prevent catastrophic climate change, and the intransigents are well known.”

She noted that top management is still very “un-diverse” and wondered if the surging proxy season votes are a sign of the “increasingly untenable corporate license to operate”. Companies’ willingness to respond in some fashion by agreeing and prompting withdrawal agreements could be an acknowledgement of that.

As she has described before, the new SEC regulations will hit lobbying resolutions the hardest.  “Given that the rule change is the result of corporate lobbying, this seems particularly ironic.”

“With these very high votes,” she said, “coupled with indications from BlackRock and others about voting on ESG issues, we seem to be at a tipping point on voting. This is also ironic given the SEC’s contention that these issues are often immaterial and unimportant to investors.”

But she said companies were going to have to do a lot more than make “ephemeral statements” to get investor approval on diversity programs.

“Mainstream investment analysts want hard numbers that show trends going in the right direction, and the number of companies doing good reporting on what they are doing, actually bending the curve, is small.”

She also singled out election spending resolutions for a special mention, noting that “supporting politicians and groups that seem set on wreaking havoc on the American public” is unlikely to be given a pass. “Companies that are tied to radical right-wing politicians may find themselves in a very uncomfortable position.”

To understand the effects of majority support, I called all 19 companies in the list and got the following responses.

Chipotle: A spokesperson said: “The Board will evaluate these results during its next meeting in September.”

Alaska Air’s reply was: “We are in the process of engaging with our shareholders and reviewing best practices related to lobbying expenditure disclosures. We plan to include a comprehensive summary of what we did to address this proposal in our Proxy statement next year.”

Genuine Parts: Sidney Jones, head of IR, told me: “At the end of the third quarter we are going to update our sustainability report, so by the end of 2020 we will have more robust disclosure. Since the shareholder meeting, which was April 17, our corporate secretary, our human resources executive and myself have reached out to a group of our top holders to listen to their thoughts as we consider our own progress, so that we can capture what’s on everyone’s minds and their concerns. Disclosure next year, in our 2021 proxy, will have significantly more detail.”

Phillips 66, which saw a resolution asking for a report on the impact of severe weather events on the energy company, said it “is currently reviewing its disclosures, and working with CPChem [its joint venture with Chevron] on its disclosures, to determine how best to incorporate more information as requested by the shareholder proposal.”

Western Union: A spokesperson said the board was currently considering its response and referenced its new ESG Report. I asked Dan Carroll, the Center for Political Accountability’s VP for Programmes, who coordinated the proposal with John Chevedden, if the new disclosures there would be sufficient.

He said the only new language/information regarding political contributions was the first paragraph of the political contributions section on page 106 of the ESG report. “In terms of the CPA-Zicklin Index, this would bump Western Union’s score by a few percentage points, so nowhere near what the proposal asked for or what the company would have needed to agree to for Mr. Chevedden to have withdrawn the proposal before it went to a vote.”

A report on ‘opioid crisis risk’ resolution was won at Johnson & Johnson.

Chevron’s was on climate change advocacy and Enphase Energy’s was on a sustainability report. None of these companies responded to my calls.

The final word on disclosure goes to Welsh: “Going back to the SEC rule and shareholder resolutions as a risk identification signal, why take out the signals when danger lurks? It seems very dumb and likely to hit the bottom line. As I’ve said before, why is less information better for the capital markets?”