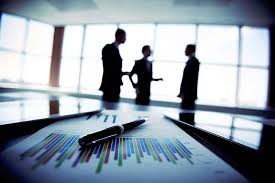 In 2018, prior to the failure of the Vale mining tailings dam in Brumadinho, Brazil, João Xavier, the region’s state representative, proposed a law that would have prohibited such ‘upstream’ dams and enhanced regulations for the remainder.
The bill was defeated, Xavier said, by lobbying from mining trade associations, likely led by Instituto Brasileiro de Mineração – IBRAM. In January this year, when the Brumadinho dam failed, more than 300 people were killed. Despite this, IBRAM is still fighting dam regulations.

A national senate panel looking into the disaster proposed a ban on new dams of the sort that failed and the phasing-out of all existing tailings dams within 10 years, as well as harsher punishment for environmental crimes. In addition, the panel called for a 40% royalty charge on some highly productive mines and the prosecution of several Vale executives, including the former CEO and the current CFO.

“This has sent shockwaves through the sector” — Adam Matthews

IBRAM is fighting these recommendations too, saying that the senators should not punish a whole industry for one company’s mistakes. Vale – which is a still member of IBRAM – cannot have felt supported by such a statement.
In addition to the human and environmental tragedy, Vale’s stock price fell precipitously in January and has still not recovered. It might be time to question whether the activities of its trade association are undermining the company’s long-term future.
Enter the Institutional Investors Group on Climate Change’s (IIGCC) investor expectations on corporate lobbying. The expectations call for companies to review their trade association memberships and determine whether their policies align with those of the companies.
The initiative has enjoyed a string of successes in persuading companies to make the declarations and review it calls for and it has had some unusual successes. While Vale has not signed up, a few companies identified by Climate Action 100+, which works closely with the IIGCC, as the world’s biggest polluters have done so. Names like Unilever, Shell and Glencore.
Shell and Glencore are the only companies actually to have conducted a review. While Glencore’s did not result in it leaving any associations, Shell’s review led it to leave the American Fuel & Petrochemical Manufacturers (AFPM) and identify some misalignment with the American Petroleum Institute, the National Association of Manufacturers and the US Chamber of Commerce among others. All of these three associations have questioned climate science and lobbied against efforts to try to mitigate climate change.
Other large companies have committed to a review, including Heidelberg Cement, Rio Tinto and Equinor. RWE, BASF and BP also made verbal commitments to a review at their most recent AGMs.
The standard argument put forward by US companies for remaining in a trade association which promotes policies that are inimical to a company’s own is rehearsed thousands of times whenever a lobbying disclosure shareholder proposal is filed.
It’s usually along these lines: ‘We may not agree with everything they say, but the advantages of remaining a member outweigh the disadvantages of leaving.’
It is perhaps not a surprise that no US companies have so far committed to a review.

But the disclosures made within the review provide a framework for further dialogue between investors, NGOs and companies.In an email exchange with RI, Adam Matthews, Director of Ethics and Engagement at Church of England Pensions Board, described the engagement processes which led to many of the companies committing to a review.
“We decided to focus on the 56 European companies, that are the target of Climate Action 100+. We then asked Influence Map to assess them. Over the past year we’ve had 12 of those companies make substantial commitments to review their lobbying procedures on this issue and we are continuing to engage with the rest.”

Complying with expectations
How are companies complying with expectations? “We are extremely pleased with the response to date. Although there remain significant issues with a general lack of good governance of trade associations and their lobbying on climate change across multiple sectors, what is clear is that there is a real need to continue to focus on the issue, and we are still only in the initial stages of the engagement programme.”
In terms of implementation, Matthews said that following a review, which should “outline the framework the company is using to assess its trade association memberships to identify any cases of misalignment” the company should then identify the actions it will take to address any misalignment and the timeframe for that.
“Lastly,” he added, “report transparently on these steps.” When asked whether any companies had complained about their trade associations, Matthews said: “Shell is one notable example. They undertook a substantial review of 19 of their major trade associations. One association was exited in the US and nine others were put under review. This has sent shockwaves through the sector.”
Working company by company is a long, hard road to achieve wider compliance with these practices; could it get to the point where not having signed up is the exception?

Matthews responded: “We would expect all the focus companies to support the IIGCC investor expectations. Our sense is that the vast majority will in due course as this is an important and growing issue for investors.” And, Matthews added, it is the key part of every engagement meeting with companies and a key ask of Climate Action 100+.
Stephanie Pfeifer, IIGCC’s CEO, told RI: “We’ve seen strong progress in securing company commitments on climate lobbying. The issue is now firmly on the agenda and there is now a clear opportunity to ensure Paris-aligned corporate lobbying becomes standard practice for all companies. This is a real achievement of constructive engagement by our members with support from IIGCC. The Church of England Pensions Board and AP7 in particular have been instrumental in driving this agenda.”
But the commitments, once made, go further than just a review of trade association memberships. Pfeifer said: “The companies have committed to reporting on their own lobbying activities on climate policy and those of their trade associations. This provides investors and also wider stakeholders – NGOs for example – with the opportunity to hold companies to account and pick them up on any misalignment between their own positions and those of their trade associations. It’s difficult to hide from that, so greater disclosure here is a good thing.”

Investor focus on “internal governance processes and how companies pursue their own lobbying activity also provides an opportunity to put in place standards and establish accountability where previously this has been missing or has not been as strong as it should be,” added Pfeifer.