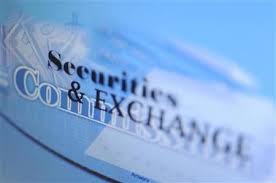 While US corporations are being hauled, kicking and screaming, to the pay ratio disclosure table, Indian companies, including traded Indian subsidiaries of US companies, have quietly gone ahead and disclosed their own pay ratios.
In an amendment to the Companies Act of 2013, Indian companies were required, starting this year, to disclose: “The ratio of the remuneration of each director to the median remuneration of the employees of the company for the financial year.”
While most would comment that the differentials between Indian CEO pay and worker pay are likely to be far smaller than those found in the US, you’d be surprised. The AFL–CIO has collected the disclosures for the 25 largest corporations in India. The largest it found at Tech Mahindra, a computer/software company led by CEO C.P. Gurnani who earned the dollar equivalent of almost $27 million, giving a pay ratio of 2,920:1. That’s a pretty substantial differential. The second highest was 1,168:1, found at Lupin, a pharmaceutical company led by chairman Dr. Desh Bandhu Gupta, who earned the dollar equivalent of just over $6 million.
Around half of the companies have ratios higher than 100, though not higher by much. The other half are generally much lower, with the lowest being a US subsidiary, 3M India, whose managing director Amit Laroya earned around 28 times the median employee pay. Indeed, all of the US and international subsidiaries in the sample, including Pfizer Ltd and Abbott India, have pay ratios less than 100:1. One might speculate that this is because these multinationals have higher rates of pay for their workers than indigenous Indian companies, or that the CEOs are paid less, except that the data does not support such hypotheses.
And so, what of the US? The shareholder protection act, Dodd-Frank, was signed into law in September 2010, and the Securities and Exchange Commission was tasked with implementing most of the subsequent regulations. These included the publication of a ratio between the median worker pay and the CEO’s pay, just like in India. Since it is now almost five years later, a lot of politicians and shareholder groups have become fairly angry about the delay. In mid-July, the AFL–CIO, MoveOn, the liberal public policy advocacy group, and a broad selection of other liberal financial reform groups delivered a petition to the SEC, with 165,000 signatories requesting action on the rule. Presidential candidate Hillary Clinton, in a recent speech at New York University, said: “That [Dodd-Frank] includes a requirement to publish the ratio between CEO pay and the paychecks of everyday employees. There is no excuse for taking five years to get this done. Workers have a right to know whether executive pay at their company has gotten out of balance—and so does the public.” SEC chairman Mary Jo White also received a very critical letter from Senator Elizabeth Warren taking her to task about the delay in implementing the rule.
The SEC had made some progress. It initially proposed rules in 2013, and noted that “as of September 15, 2013, we have received approximately 22,860 comment letters and a petition with approximately 84,700 signatories.” Since then, that pile of mail has grown; the proposal has generated almost 300,000 letters to date. That has to be the most comments the SEC has received on any single rule.Now, finally, on Wednesday (August 5) the commissioners voted 3-2 to implement the final rule. But don’t get excited, no one will see any actual disclosure – apart from the handful already doing it – until annual reports are issued for the 2017 fiscal year, so not until 2018. The suspense is killing me.
While corporations and their representatives are up in arms about the alleged cost and are angry that their many “suggestions” to make the calculation easier (read “make the ratio smaller”) were not adopted by the SEC, the rules actually give companies a fair amount of leeway in the calculation. There is some freedom in deciding how to calculate the workforce’s median pay; they can use salary amounts from their entire workforce or a statistical sample of the workforce. There is also discretion over how to calculate the median; they can use tax or payroll data or apply the same calculus they use to determine executive pay levels. What the SEC has emphasized is the need for companies to be consistent and transparent in how they make their calculations.

Other efforts to reduce costs included in the amended rule include allowing companies to make workforce median pay calculations once every three years rather than every year, and to calculate the median during the last three months of the fiscal year, as opposed to the last day of the year. Companies will also be able to use a de minimis exemption for overseas workers, and use cost of living adjustments in calculations. Annual total executive pay will be calculated in the same way as is currently required. As to the calculation of employee pay, this will include – where relevant – all the pieces that are typically used to calculate CEO remuneration: salary; cash bonus, perks; benefits; pensions; stock awards; and stock options.
Most non-US employees will have to be included as well. Only up to 5% of non-US employees can be excluded if they are in a jurisdiction that prevents the disclosure of pay levels because of data privacy laws. Beyond this exclusion, companies will have to include all US, non-US, full-time, part-time, seasonal and temporary employees of the company or its subsidiaries in the calculation of the median workers’ salary. Pay for part-time and temporary employees cannot be annualized.
At the meeting used to announce the vote and the rule, White noted that many investors had written to say that the ratio will influence their decision on whether to vote for or against Say on Pay resolutions, approving or disapproving of executive pay. In response, Republican commissioner Daniel Gallagher, who voted against the rule along with the other Republican on the commission Michael Piwowar, said: “Addressing perceived income inequality is not the province of the securities laws or the commission.” He also accused the other commissioners of seeking social change through securities law.
As I tweeted when I heard the decision, there may be other unintended consequences of the rule. The inclusion of part-time workers and foreign workers who are likely to work in countries with low wages is likely to lower the median employee pay figure and therefore increase the ratio. That might encourage US corporations to bring more employment back to the US, reversing a decades long trend.

Doing that would reduce the ratio just as reducing CEO pay would. Even where companies do not bring jobs back to the US, those companies with a policy of only employing part-time employees and/or sourcing manufacturing or services in low-wage countries will be exposed by having a very high ratio. As a consequence, shareholders will take action where they think it is necessary.
Gallagher has said he expects companies will challenge the rule in court and the US Chamber of Commerce is considering pushing Congress to take action to repeal that part of Dodd-Frank. This kind of challenge was successful in blocking the proxy access rule, which would allow shareholders to propose their own candidates for the board, that was again proposed by the SEC as a result of Dodd-Frank.However, another attempt to block the conflict minerals rule, which requires the disclosure of the use of any minerals that originated in the Democratic Republic of Congo or an adjoining country, was unsuccessful.
Be assured, some of the ratios are going to be huge, probably dwarfing anything that has been disclosed in India. But we also may never see them. While many shareholders and left-leaning think tanks were very happy on Wednesday, corporations and their lobbyists are furious. Anything could happen in the next three years.