Responsible Investor
Home News & Analysis Governance Paul Hodgson: US unlike Europe in more ways than one when it...
Return to search
Institutions 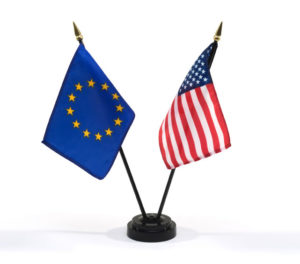 These are two of the conclusions of a new paper by Maximilian Horster of ISS–ESG and Kosmas Papadopoulos of ISS Analytics.

The paper examines the differences in approach to climate change reform between the US and Europe, drawing some interesting parallels, contrasts and possible developments.

ISS Analytics data shows that more than 50% of shareholder proposals have been on E&S issues in the last two years, and proposals focusing on climate change made up the largest portion of them.

However, as we have already discussed, this year, companies were “more willing to address proponent requests prior to the general meeting, following exceptionally high support levels in 2017” including two majority supported proposals.

Not only that, but median support levels have risen to more than 30% in the last two years as well, from single digits in 2011.

“European companies and European investors are generally more engaged on sustainability and climate change, in line with the more advanced regulatory developments and political commitments in relation to these issues in their markets,” says the report with some understatement.

It then goes on to describe the bewildering array of rules governing shareholder resolutions in Europe, ranging from ownership thresholds of 5% to a single share, a cherished dream and a nightmare respectively for the US Chamber of Commerce which has been campaigning fiercely against shareholder resolutions for some time in the US.

In addition, those few resolutions that make it to the ballot get vanishingly small support. Rather, European investors prefer engagement, with a resolution being a last resource. And, as was said earlier, disclosure on climate risk is far higher in European companies than US, thus the need for resolutions is lower. However, the paper warns that this situation may change.

Follow This, Dutch-based advocacy organisation has filed emissions reduction target resolutions at both BP and Royal Dutch Shell, circumventing the 5% ownership rule in the UK by building a coalition of more than 100 investors.

The report also warns that investors without the option of voting on climate change will adopt the strategy of voting via proxies such as director elections or executive compensation proposals.