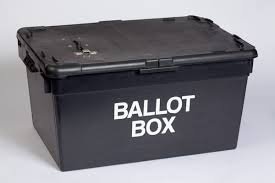 A new study based on corporate governance shareholder proposal votes in large US companies between 2003 and 2016 has found solid evidence of management rigging votes to defeat them when they look like they might win by a narrow majority.
The paper, by Laurent Bach and Daniel Metzger of the Stockholm School of Economics & Swedish House of Finance, found that “some interested parties have the means to obtain a very precise result on the day of the AGM, and that the ability to do so is overwhelmingly on the side of management rather than on the side of shareholder proposal sponsors.”
The paper’s statistical analysis shows that there are about 75 per cent more shareholder proposals reaching a level of support between 49 per cent and 49.99 per cent than there are proposals between 50 per cent and 50.99 per cent. This is not statistically very likely. The paper estimates that 11 per cent of closely contested proposals that were eventually rejected by voters would have passed if management had not been able to “systematically affect the voting results”. While 11 per cent does not sound like a lot, tallying that up over the 14 years of the study means that a lot of governance reform success has been thwarted.
The authors admit that earlier research has not found evidence of vote rigging, but much of this was based on research in a pre-Enron world. For example, they say, before 2003 majority-supported shareholder proposals were implemented in only 26 per cent of the cases. After 2003, the implementation rate increased to a level of about 70 per cent. The paper speculates that: “the reputational cost of not listening to the vote went up significantly after the Enron scandal and the debate around the SOx [Sarbanes-Oxley] reforms”. In addition, most of the research that has disproved the ‘manipulation hypothesis’ has yielded negative results because the tests were performed using all governance proposals from 1997 to 2007, a period that lay largely outside the post-Enron world.
The rigging, said the paper, depended for its efficacy on, and this is my formulation, the ‘Six I’s’: information, influence, invitations, iterations, insider votes and ISS support.
Let’s take information first. For example, Broadridge sends daily reports of voting tallies to companies in between the date the proxy was filed and the annual meeting. This information is available to shareholders as well, but does not arrive on their desk automatically; and these shareholders are also typically dealing with thousands of other votes. With this information, the paper suggests, corporate management can ‘manage’ results if they look like getting close to a majority win. They can do this in a number of ways, though primarily by soliciting votes directly both from insiders and friendly outsiders.

And then there’s influence, which manifests itself in a number of ways. The data shows “very clearly and not surprisingly” that managements feel an urge to bias voting results in their favor only when they know a shareholder victory would “effectively constrain their actions”.In other words, they manipulate results when it is “less likely that they will be able to ignore the non-binding nature of the proposal” because the influence of the shareholders proposing it is significant. In the same way, results also show that management is less likely to manipulate vote results when proposals are put by large pension funds. In another interesting finding, it was found that neither the largest 10 per cent of funds nor the smallest 10 per cent of funds are significantly influenced by management if the vote is close.
Now we come to invitations. The paper also found that there is a “greater than median participation in the shareholder meeting when vote results are close”. The paper’s preferred explanation is that high participation reflects efforts made by management to invite friendly voters to participate and vote in their favour. This friendly group likely includes corporate insiders, ‘friendly block holders’ as well as significant numbers of small retail shareholders, who typically side with management when they participate in a vote at all.
Iterations also seem to work in management’s favour. The paper hypothesises that a narrowly rejected shareholder proposal should have a greater likelihood of passing if resubmitted multiple times, but this appears not to be the case since such proposals only gain majority votes in 10 per cent of cases, suggesting that rigging continues and continues successfully.

The insider vote analysis focuses largely on when a CEO might decide to exercise his or her stock options. In this, the paper found that if a shareholder proposal turns out to be contested – the paper defines that as receiving between 45 per cent and 55 per cent voting support – the likelihood for a CEO to exercise his or her stock options is 302 per cent higher than would be expected.
Finally, there is the ISS effect. Results also show “very clearly” that manipulation of shareholder votes only occurs when “ISS considers the content of the proposal to reflect good governance practices”. In contrast, the study could not find any evidence of manipulation by management when “ISS does not consider the proposal to be a uniformly good idea”. This suggests that ISS could play a contrarian game and not support good governance proposals to fool management into thinking they won’t get through, though perhaps that could backfire….
In conclusion, the paper says: “our results add new evidence that the balance of powers between management and activists is clearly in favour of the former”.
It might be thought that the use of block chain technology to tally votes, the method proposed by Delaware Vice Chancellor J. Travis Laster at the CII conference in October last year, may improve the situation because management will no longer have any informational advantages. While this will remove some of the advantage, the paper’s authors feel that management may be “still better able to mobilize shareholders to vote in its favor” so it is not a perfect remedy. Though at least all the votes will be counted for the right side.