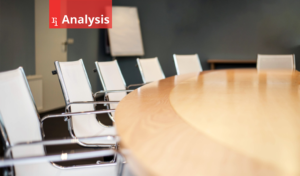 By all accounts, California’s women on boards legislation has been a success. According to the latest report from California’s secretary of state Alex Padilla, 85% of boards reporting were in compliance with a law that requires every company with its headquarters in the state to have at least one woman on the board. The law increases that minimum to two by the end of December 2021, if the corporation has five directors, and to three women directors if the corporation has six or more directors.

A yet more comprehensive report from KPMG’s Board Leadership Center showed that only about 26 companies out of 537 being tracked by Padilla failed to comply. In 2019, said the report, 138 women joined the boards of 126 California companies. As of 31 December 2019, only 4% of public companies in California had all-male boards, compared to 29% in June 2018.

But the diversification of the boardroom is not just a Californian phenomenon. The non-profit 2020 Women on Boards announced this year that it had met, and slightly exceeded, its goal of 20% of board seats of companies in the Russell 3000 held by women. The figure is an average. The 100 largest companies exceeded this target while the smallest 1,000 failed.

Most commentators are also pointing to the fact that, because so few senior executives are women, the increase in gender diversity is increasing diversity of background, because female directors are, of necessity, not being appointed from the ranks of CEOs and other senior bosses.

A number of other states – including Hawaii, Massachusetts, New Jersey, Michigan, Washington, New York, Iowa and Pennsylvania – have introduced or are considering legislation that echoes the California law. And, while the California law is being challenged, frankly, it’s a case of: who cares!  Both challenges come from Republican organisations. One challenges the law based on misuse of taxpayer funds, while the other contests it on the grounds that the statute is unconstitutional under the equal protection provisions of the 14th Amendment.

While some of the proposed bills are unlikely to make it to law, others have already done so. A bill in Maryland has been signed into law that ‘encourages’ companies doing business in the state to have a minimum of 30% women directors by the end of 2022, though the requirement applies only to domestic companies. On the other hand, New York recently introduced a new law, effective June 2020, that will establish a ‘Women on Corporate Boards Study’. It will require both US-based and foreign corporations doing business in the state to report on the composition of their boards.

In Illinois, a bill that mimicked California’s, which initially also included racial  diversity, was introduced in the legislature, but was weakened and had its ‘mandate’ removed, to be substituted with disclosure requirements. It now requires only that US and foreign companies with principal executive offices in the state include data on board composition and the nomination process in state filings, not just for directors but also for executives. The law also requires the state to aggregate the data and publish it.

Other states have followed the example of Maryland’s ‘encourage’ law, such as Ohio, Iowa and Pennsylvania. These laws encourage private and public companies and other institutions doing business in the states to commit to increase gender diversity in boards and the C-suite and to set goals and publish progress towards those goals.

The inclusion of senior management diversity targets will, according to research by Liftstream, a UK-based executive search firm for the life sciences industry, also increase board diversity. It notes that: “The Chair of the board and the CEO are heavy influencers on strategy, policy and culture, and are also male in most life sciences companies, even where women are sitting on the company board.” It has found that where the chair and CEO are held by different people, boards are more likely to be gender diverse. When the roles are split, 66% of boards have at least one woman, while with boards where the role is combined, only 42% have women.

In the US, of course, far fewer companies split the roles and there are even fewer female CEOs than in many other countries.

But if the California legislation has been so successful, even though unconstitutional, why have so few states adopted it as a model? It is not as if some of the other states with legislation are not also Democrat-led, but most have fallen shy of the mandate. Delaware, where most US public companies are incorporated, has not even introduced any board gender diversity legislation at the committee stage, never mind passed any. But one thing is sure, no such mandate would be introduced nationally by the current administration.

Question of the week: Should the resolutions on ESG voting records at BlackRock and JPM have been withdrawn?

Personally, I’d have liked to see a demonstration of a change in voting practice rather than an assurance that such a change was indeed going to happen before withdrawing such resolutions, but that’s just curmudgeonly old me.

Blackrock’s CEO, Larry Fink, made pledges on climate change and sustainability in his two annual letters to clients and corporations. JP Morgan also made a set of commitments on investments in coal mining and power plants and restrictions on oil and gas drilling in certain areas; although it remains one of the largest investors in fossil fuel projects. Both firms also joined Climate Action 100+, the investor engagement initiative.

According to figures from ISS Corporate Solutions provided to the FT publication Agenda, 21 shareholder proposals received majority support at US public companies in the first four months of the year, up from 12 during the same period in 2019. Governance proposals have been the main winners, at two-thirds of the majority supported proposals. But is this because BlackRock and JP Morgan have changed their game?

JP Morgan did not respond to a request for either data or comment.

BlackRock pointed to the publication of its first quarter votes and its 2020 Quarterly Report, which shows that it supported 25% of corporate governance shareholder resolutions and just 13% of other E&S resolutions. An increase over last year, but not a huge one.

But you can also search votes company by company and meeting by meeting, and not just in the US. While this is not helpful for identifying trends, it is instructional about which subjects have been supported. A random check in the first quarter, for example, showed that BlackRock voted against multiple governance and sustainability resolutions at drug company Amerisource Bergen, Bank of Montreal, Walt Disney, Walgreen Boots Alliance, and against three of the ESG resolutions at Tyson Foods.

While this is still outside the main proxy season, as I said, I’d have waited.