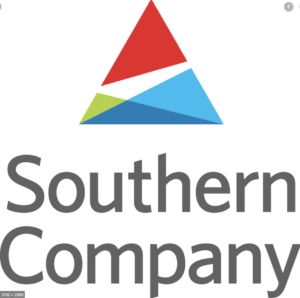 A US pension fund-led securities fraud class action against Atlanta-based energy giant Southern Company over its abandoned “clean coal” plant has been approved by a US district court.

The investors, led by Monroe County Employees’ Retirement System, allege that Southern violated the Securities Exchange Act through “false statements and omissions concerning the completion of a ‘clean coal’ power plant”, which was being overseen by its subsidiary, Mississippi Power.

The construction of the Mississippi-based Kemper power plant, which began in 2010, was backed by a funding package of close to $1bn in government grants and tax credits on the proviso that the pioneering plant be completed by May 2014, according to Robbins Geller, the law firm representing the investors.

It is alleged that between April 2012 and October 2013 that the company made “false and misleading statements and/or failed to disclose adverse information regarding the progress of the Kemper plant”, which is estimated to have cost $7.5bn.

This led to Southern Company’s stock being “traded at artificially inflated prices”, which subsequently “plummeted” when the truth about the plant was revealed.

The approval of the class action comes as company also faces the prospect of an investigation by the US Department of Justice over the failed plant, which, according to a July filing with the SEC, “could have a material impact on Southern Company’s financial statements”.

In March 2018, a motion to dismiss the investors’ case was defeated – though a number of allegations and claims against company executives were dismissed.This decision was upheld by the court in August 2018 when a motion to reconsider the ruling was denied by the US District Court for the Northern District of Georgia.

Southern Company’s CEO Tom Fanning reportedly once boasted that the Kemper plant would be “the cleanest coal plant in the world”, a feat that would be achieved through the combination of gasification of cheap but highly polluting lignite coal and carbon capture technology.

But in June 2017, the company announced that it was “immediately suspending” its coal facility amid delays and spiralling costs and would “continue to operate using natural gas” only.

The economic viability of “clean coal” has been questioned by experts, though the concept has been championed by both the Obama and Trump administrations.

Southern Company responded to a 2016 exposé by the New York Times by stating it was “proudly inventing America’s – and the world’s – energy future through the development of the world’s most advanced coal plant”.

“Despite the company’s unequivocal belief that the Kemper project is the right project for Mississippi, history tells us that any undertaking this large is bound to have some detractors.” An SEC investigation into the company prompted by the New York Times article was reportedly mothballed in 2017, according to the Guardian.

In February 2018, the company reportedly reached a settlement with Mississippi’s state regulators which relieved customers from having to foot the bill for the failed coal gasification technology.

Southern Company has not provided comment at the time of writing.