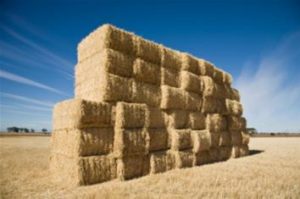 In a statement, PensionDanmark said total investment in the venture was £160m (€186m), including its share of £128m and the remainder from BWSC. BWSC will build and operate the 40MW plant in Lincolnshire. Completion is scheduled for early 2016.

According to the venture partners, the Brigg Renewable Energy Plant will have enough capacity to provide 70,000 households with power and in doing so, save 300,000 tonnes of carbon emissions.

“We have found a model that provides our fund an attractive return with limited risk,” noted Torben Möger Pedersen, chief executive of PensionDanmark. “The risk is limited by the fact that the majority of PensionDanmark’s investment is in the form of loans and the bulk of earnings are regulated, with the costs fixed via long-term contracts.”Möger Pedersen did not disclose the return he expects from the investment. PensionDanmark’s tie-up with BWSC marks its first foray into biomass. Until now, it had been investing heavily in wind, acquiring 30% of Anholt, a Danish offshore wind park for €530m in March 2011.

Then in October 2012, PensionDanmark made another big investment in wind power, taking 50% ownership of three US wind parks that had been developed by German energy giant E.ON. The scheme said it paid “several hundred million dollars” for the stake. At the time, Möger Pedersen said he expected returns of between 6% and 8% on PensionDanmark’s wind power investments.

The venture partners also said in the statement that their cooperation on the Brigg facility provided the necessary framework for new biomass power plants in the future. Announcement