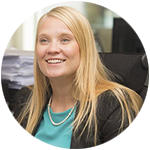 Neuberger Berman has poached Sarah Peasey from Legal & General Investment Management (LGIM), to become its Director of European ESG Investing. Peasey was an Investment Strategist for LGIM and led its responsible investment strategy. She had been with the asset manager since 2010, during which time she had also managed the firm's fixed-income product specialist team.

APG has hired a meteorologist to improve its understanding of physical climate risk. The Dutch asset manager declined to name the new hire before their start in September, but said that they have “a background in climate science and meteorology and experience in applying this knowledge in a financial process”.

Vibeka Mair has left her role as Senior Reporter at Responsible Investor, to become Asset Management Editor at Capital Monitor. Mair has been with RI for seven years, where she specialised in impact investing.

Ulrik Ross is to become the head of BNP Paribas Corporate and Institutional Bank in Denmark. The former head of green bonds at HSBC left his most recent role leading Saxo Bank’s Group Treasury in February 2020. He replaces Paul van Oorschot at BNP Paribas, who will now lead its Austrian arm.

Wolfgang Kuhn, ShareAction’s Head of Financial Sector Strategies, has left his role. Kuhn, who was Head of Pan-European Fixed Income at Aberdeen Standard Investments before joining ShareAction, said on LinkedIn that his future was “open and unplanned”.

Corinne Boone has joined the voluntary carbon markets platform AirCarbon Exchange as Director for the Americas. Boone is currently Board Chair of the Canadian Energy Research Institute, and Director of EfficiencyOne.

The UK Sustainable Investment and Finance Association, UKSIF, is hiring a Head of Membership based in London. Meanwhile, US SIF – its US equivalent – is hiring a Membership Manager based in Washington DC.

Jon Patty has joined private debt firm White Oak Global Advisors as Managing Director and Partner, where he will lead its ESG and impact investing business. Patty was most recently Head of Private Equity at New Island Capital, and has previously held roles at MC Partners and JP Morgan Capital.

Øystein Olsen, Governor of Norges Bank, has announced his intention to resign in February 2022. Olsen is currently serving his second six-year term as Governor, having taken up the role in January 2011.

The Principles for Responsible Investment is hiring a Human Rights and Social Issues Analyst, based in London. 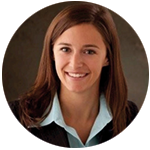 Christine Robinson has been promoted to Partner in Deloitte’s sustainability and ESG services group. Robinson has worked at Deloitte since 2004, including a secondment to the Sustainability Accounting Standards Board for six months as Market Strategy Consultant.

Jacqueline Lowe has been appointed as independent non-executive Director on the board of First Sentier UK. Lowe has previously held roles at Standard Life and Rathbone, and is a member of The Big Exchange’s investment committee.

Jonathan Hough has joined Marathon Capital as Managing Director. Hough, who has spent more than a decade at BMO Capital Markets, will be based in Texas, expanding the firm’s coverage to assist mid and downstream oil and gas companies in the energy transition.