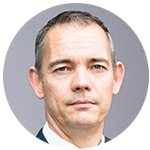 Michael Jantzi, CEO of Sustainalytics, the ESG research house that is now part of Morningstar, has been appointed to the Board of Directors of the Sustainability Accounting Standards Board (SASB) Foundation. The firm said Jantzi – who is also on the board at the Principles for Responsible Investment – will work to ensure the views of ESG research, ratings and data providers are conveyed as the organizations’ sustainability standards evolve.

KPMG UK has promoted Bridget Beals to Partner as it looks to strengthen and grow its Climate Risk and Decarbonisation expertise. Beals has been at the audit and advisory subsidiary of KPMG since 2015, most recently serving as a Director; she will continue to co-head the Climate Risk and Decarbonisation Strategy team with fellow Partner Simon Weaver. Prior to joining KPMG UK, Beal was the Commercial and Corporate Finance Advisor to the Commercial Team at the UK Government’s Department of Energy and Climate Change.

FaithInvest, a membership network for faith-based asset owners that was founded in 2019, is recruiting a new CEO to take over from Interim CEO Martin Palmer, the former Secretary General of the Alliance of Religions and Conservation. The deadline for applications is January 8 2021.

After nearly two years, Tamara Toles O’Laughlin is moving on from her role as 350.org’s North America Director; O’Laughlin was the first African American woman in leadership at 350.org, and its sister organisation 350 Action. During her tenure, she drove the strategy of the U.S. and Canada regional teams and oversaw the organisation’s work supporting the 2019 Global Climate Strikes. Moving forward, in a LinkedIn post O’Laughlin described herself as “a free radical.”

Former Aviva Investors France Liquid Assets and ESG Head, Denis Lehman has joined Swiss Life in France as Head of Asset Management Securities and as a  Member of the executive board. As part of his new role at the insurance firm, he will take charge of the securities business strategy for proprietary asset management and third-party asset management in France; he will also prioritise developing the new debt infrastructure unit, which was launched in September, and the integration of ESG. Lehman worked at Aviva Investors France for more than 15 years; prior to that he served as a Fund Manager at Fortis Investments.

Seynabou Ba, the International Finance Corporation’s former Head of ESG for Sub-Saharan Africa and Founder & CEO of consultancy firm ESG Africa, has joined Alterra Capital Partners as its Senior Advisor on ESG. Alongside her appointment, Rochelle Chetty has joined the private equity focused firm as Head of ESG from Standard Bank Group, where she served as Senior Environmental and Social Risk Manager. The pair will work together to deliver ESG goals for Alterra and its portfolio companies.

Lauren Peacock has stepped down as ShareAction’s Campaign Manager to join Scottish Widows as the Manager of its Responsible Investment team. It is not known who will replace Peacock who held several roles at the shareholder advocacy organisation from when she joined in 2016. 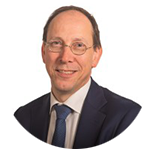 Adrie Heinsbroek has been promoted to Chief Sustainability Officer at NN Investment Partners, effective 1 January 2021. Heinsbroek first joined the asset manager in 2017 as Principal Responsible Investment Specialist, having previously held the position of Head of Sustainability at ING Bank in Belgium. In this newly created role, he will advise the Board on sustainability matters and challenges, as well as their implications for the entire organisation.

Former Chief Risk Officer for Macquarie Funds Management, Virginia Malley, has joined Future Super as Chair of its Risk Committee. Malley brings more than 20 years of experience across a variety of banking and investing roles. Alongside her new role, she will continue to Chair the Pinnacle Fund Services Compliance Committee, as well as serve a Director with Perpetual Equity Investment Company and Perpetual Superannuation.